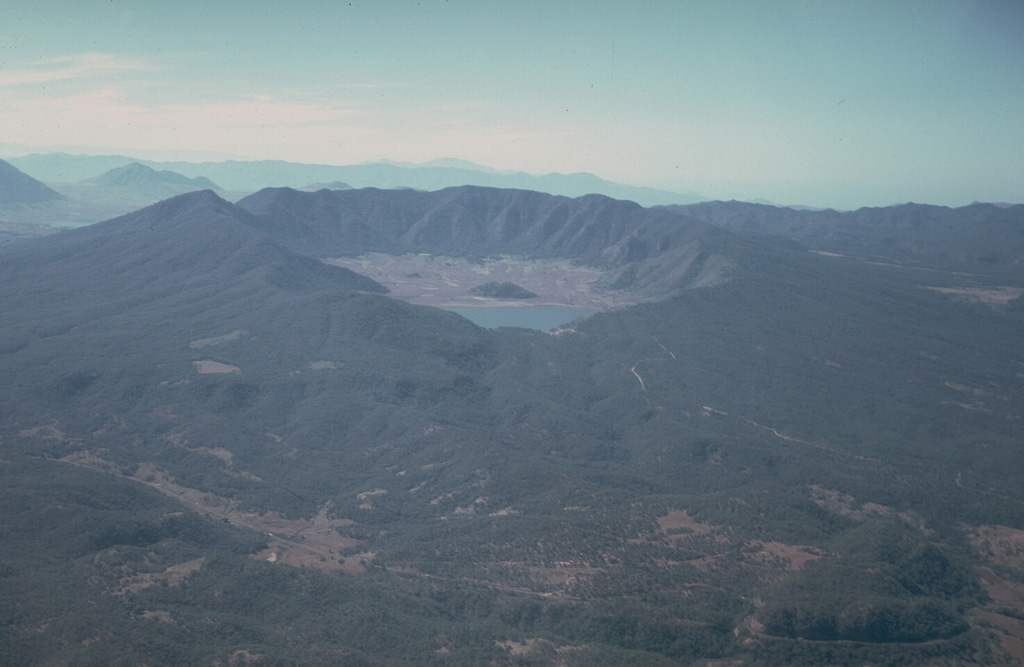 Volcán Tepetiltic is an andesitic and dacitic stratovolcano truncated by an elliptical, 5 x 2.5 km caldera that contains a lake at its NE corner. The compound caldera, seen here from the NE, was formed during major rhyodacitic eruptions that were closely followed by emplacement of lava domes on the eastern flank. A permanent caldera lake (center) occupies the lower NE caldera floor. The small forested lava dome beyond the caldera lake was emplaced near the intersection of the two calderas. 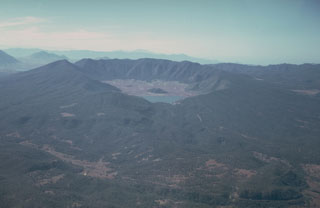