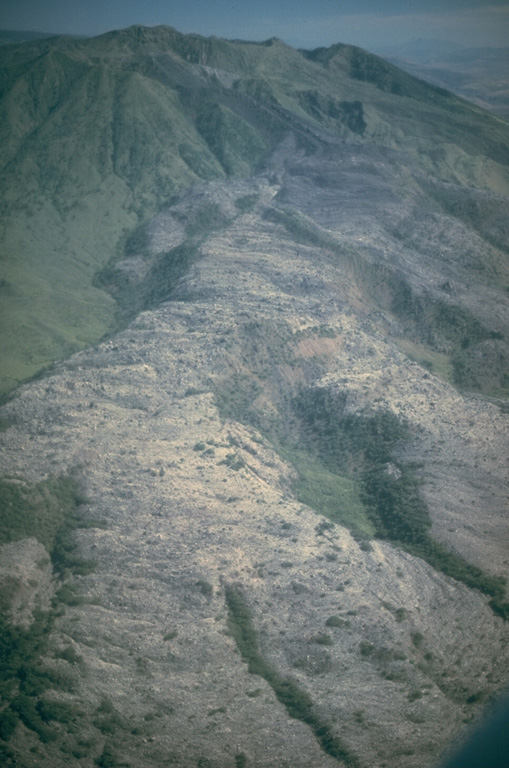 An eruption of Ceboruco volcano began in 1870 and produced the lava flow shown here from the west. Explosive eruptions began from a vent near the western caldera rim in February 1870 and continued with emission of the 1.1 km3 lava flow, which traveled 6 km down the lower flank. The eruption continued sporadically for 5 years, causing extensive damage to livestock and crops. Hundreds of people were forced to abandon their homes. 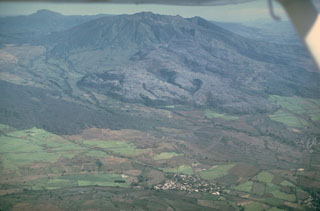