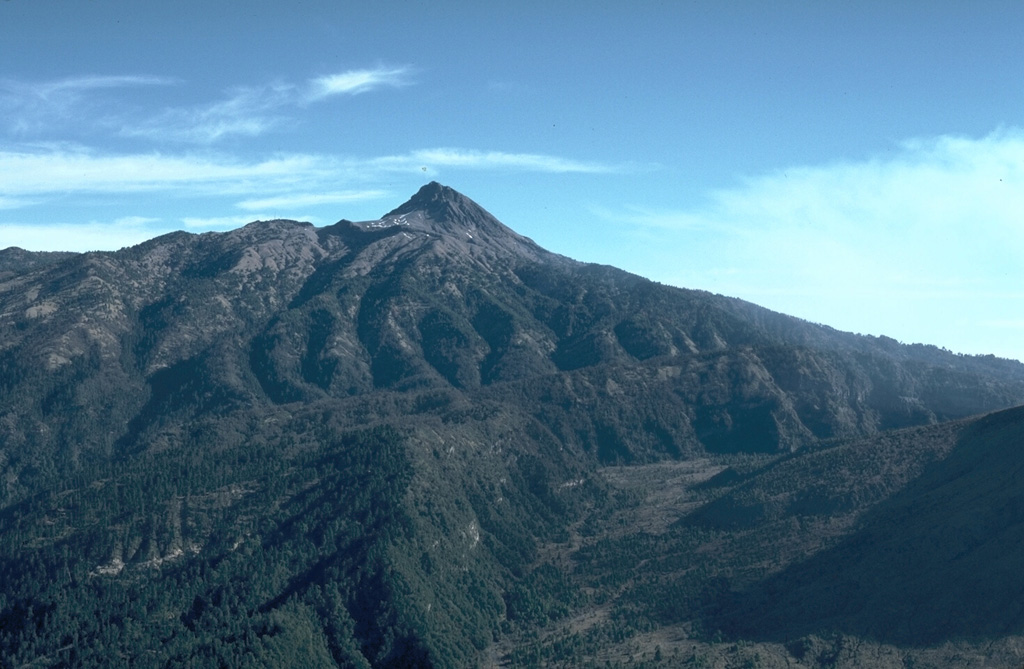 The lower area in the foreground of this view of Nevado de Colima is the moat of a large horseshoe-shaped caldera. The steep rim forms the forested arcuate ridge in the center. The caldera formed during collapse of the ancestral Colima, south of the current cone. The flanks of modern-day Colima, which have filled much of the caldera and overtopped in on three sides, appear to the lower right.