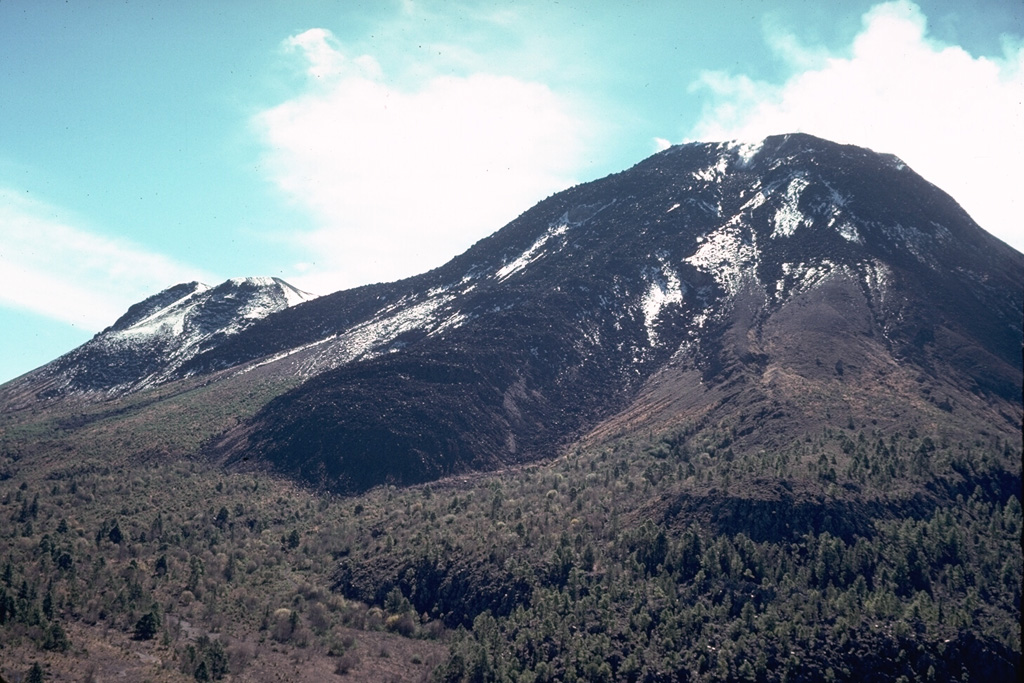 The thick viscous lava flow in the center was emplaced in 1961 during a period of dome growth. The flow traveled over the rim of the summit crater, eventually reaching the caldera floor by the end of 1962. The flow is seen here in 1978 from the caldera rim NW of the Colima summit. El Volcancito, the lava dome forming the NE-flank peak to the left, formed during the 1869 eruption. The forested lava flow to the lower right was probably erupted in 1872.