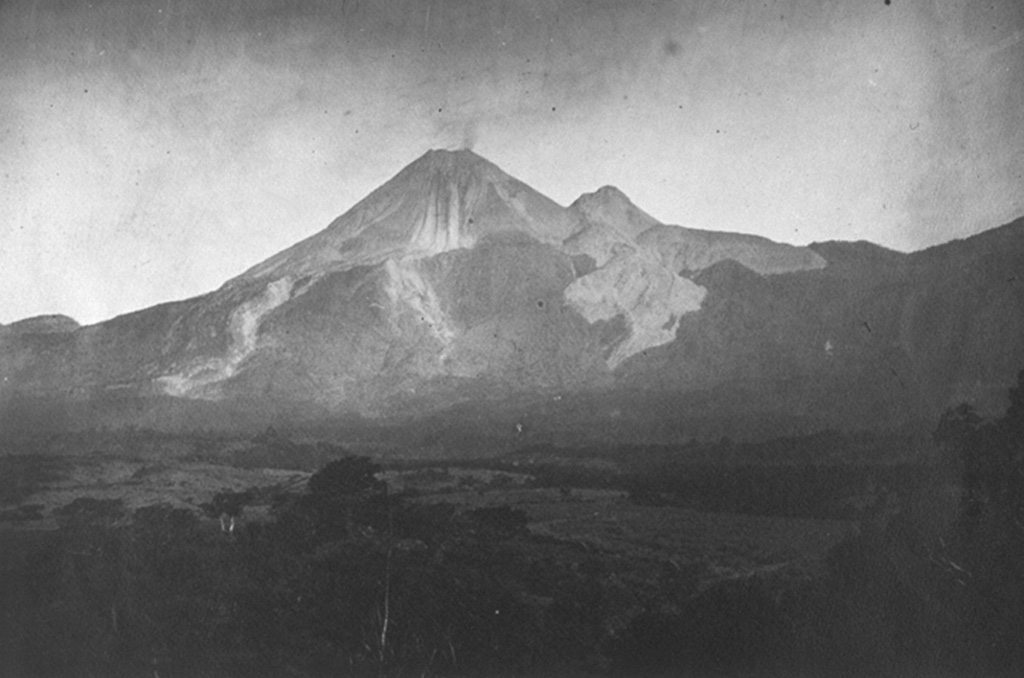 This 11 March 1901 photo from the east shows a small plume from the summit of Colima during a period of intermittent mild explosive eruptions that began in 1893. This eruption included the emission of small lava flows from the summit during 1895-1902. The unvegetated lava flows descending from El Volcancito, the dome on the NE (right) flank, were produced during its formation in 1869.