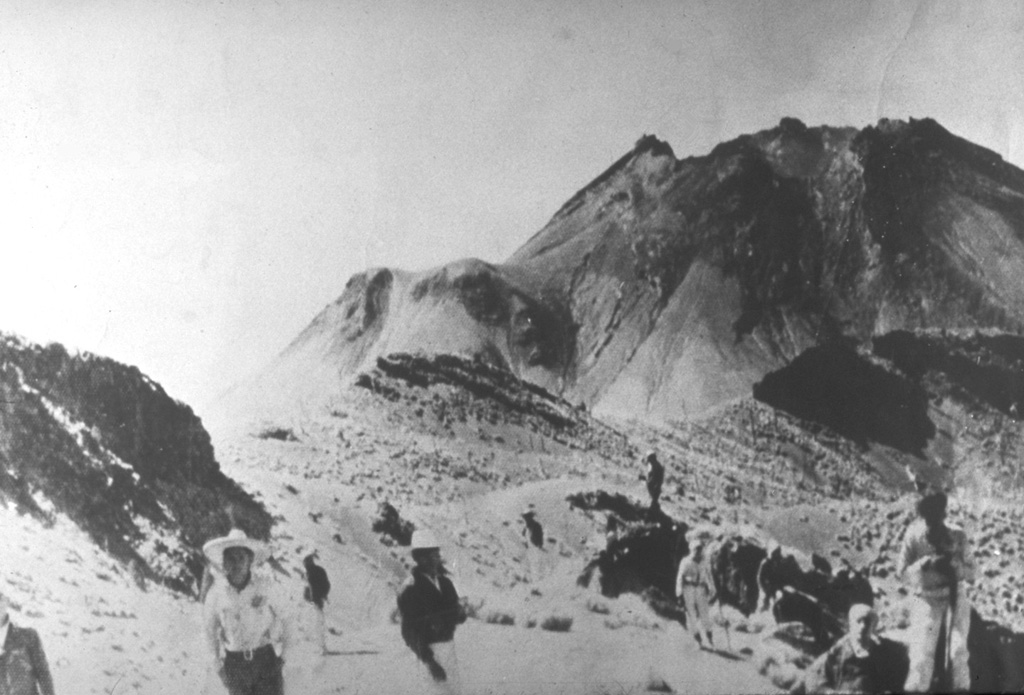 The powerful 1913 explosive eruption removed about 100 m of the summit of the volcano and created a large 450-m-wide crater. The jagged rim of the 1913 Colima crater is seen here in 1936 from Nevado de Colima. Lava had partially filled the 350-m-deep crater since then, but did not overflow the crater rim until 1961. El Volcancito, the lava dome created in 1869, forms the broad shoulder on the left side of Colima and illustrates the much lower height of Colima's summit after the 1913 eruption compared to its present profile.