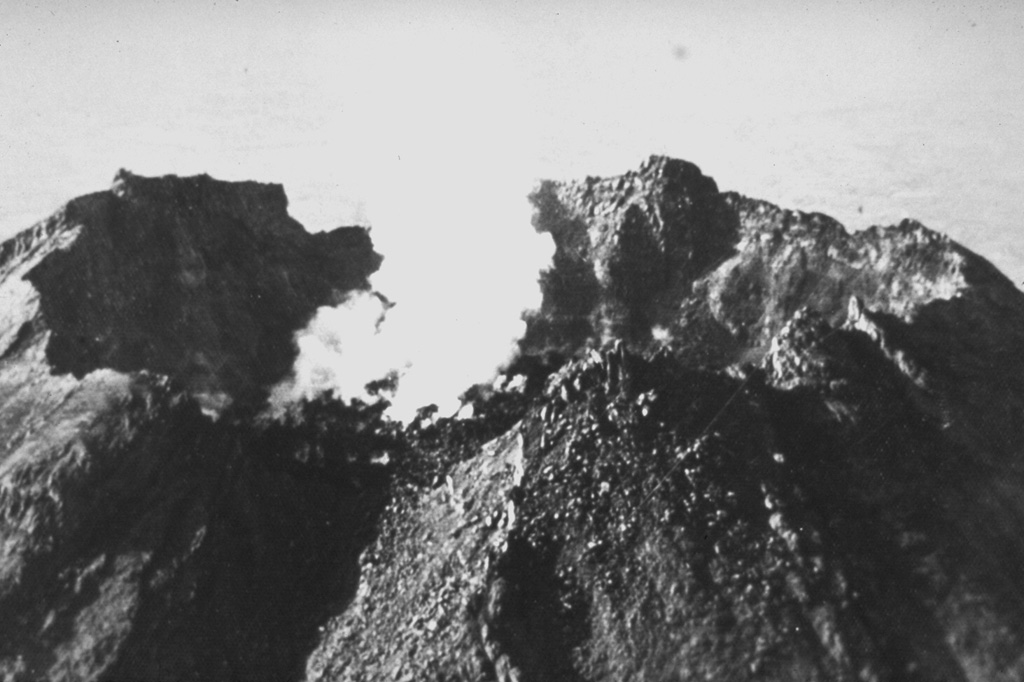 This 1958 photo shows a degassing lava dome in the 450-m-wide summit crater of Colima. Renewed dome growth had begun on 14 May 1957 after a period of quiescence since the early 1930's, and the dome rose 70 m by the end of the year. Dome growth continued for several years, and by 1961 lava began overflowing the crater rim.