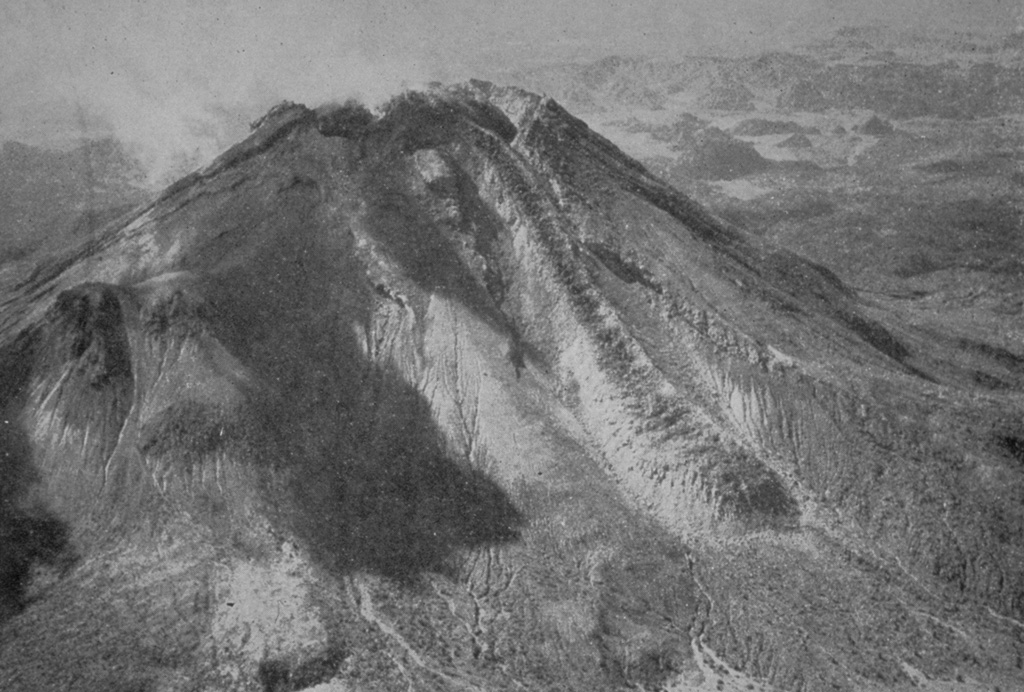 Renewed growth of the lava dome in the summit crater began in 1957. By the time of this aerial photo from the NE in 1961, lava had spilled over a notch in the northern crater rim and produced the lava flow seen here descending the northern flank to the lower right. By the end of 1962 the flow had traveled 1 km from the summit, reaching the caldera floor.