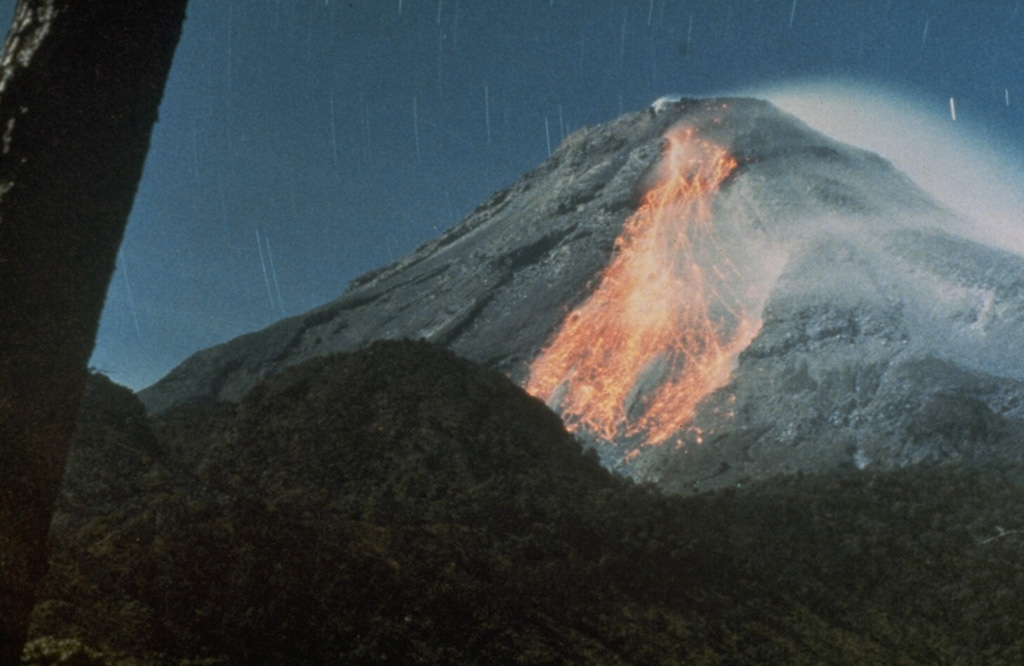 A night-time long exposure photo shows incandescent blocks rolling down the south flank of Colima after being dislodged from the 1982 lava flow. Lava movement down the south flank had begun on 9 December 1981 and was preceded by intermittent small explosions accompanying growth of the summit lava dome.