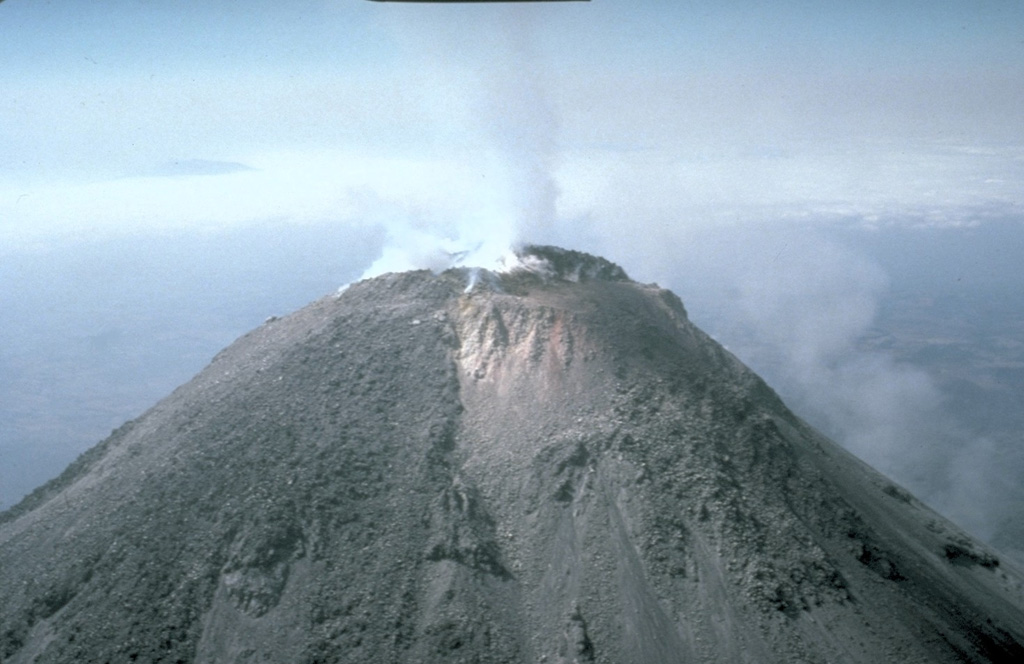 An aerial view from the east shows a weak plume from the 1991 summit dome and the geothermal area directly east of the dome in the 1987 vent. The lighter deposits in center of the photo are hydrothermally altered, forming a highly unstable area similar to those that collapsed to the south on 16 April.