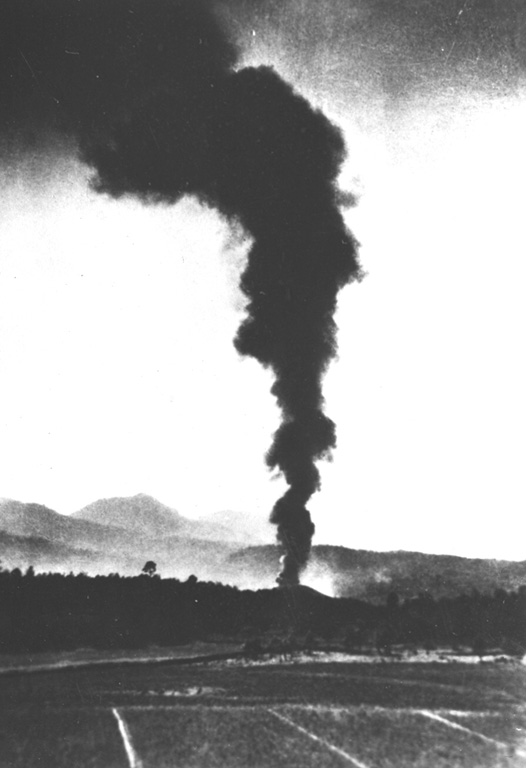 An ash plume rises above the new Parícutin cone on 21 February 1943, the second day of the eruption. The new cone is about 30 m high and is just rising above the treetops in this view from the NE. During this early stage the cone had slope angles of 32 degrees toward the west and lower angles to the east. At this point lava had begun flowing to the east.