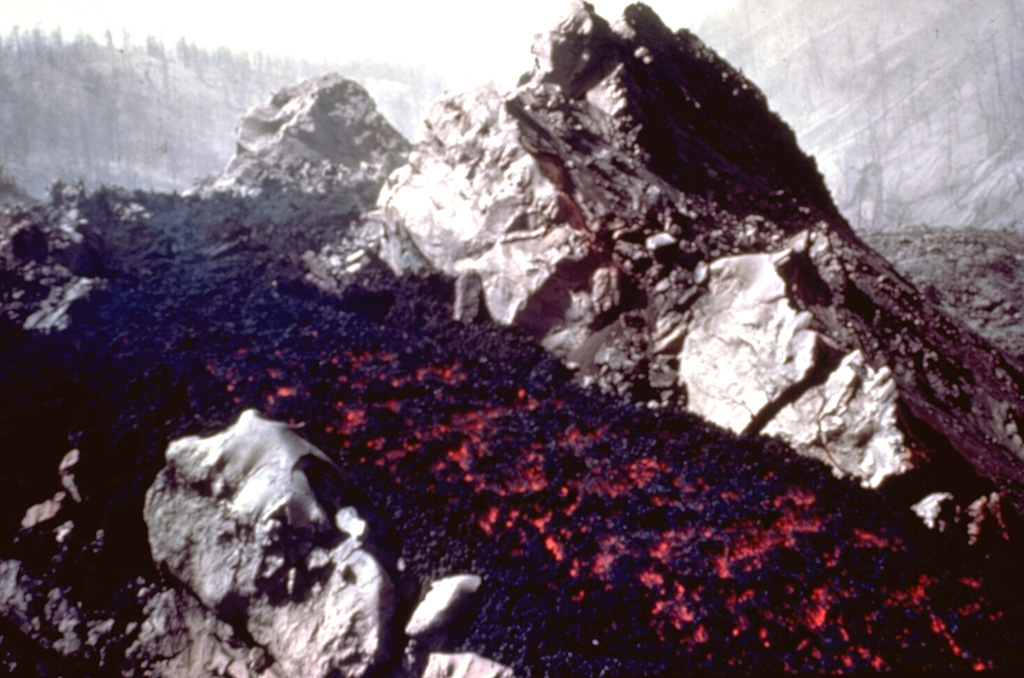 An incandescent lava flow travels down a channel within solidified lava near the SW-flank vents of Parícutin in 1945. Lava flows at this time traveled NW over the site of the village of Parícutin. The Taquí lava flows erupted during 1944-45 and covered about 18 km2. The most striking feature of the Taquí flows was the development of hornitos (rootless vents) when molten lava was ejected through overlying solidified crust.