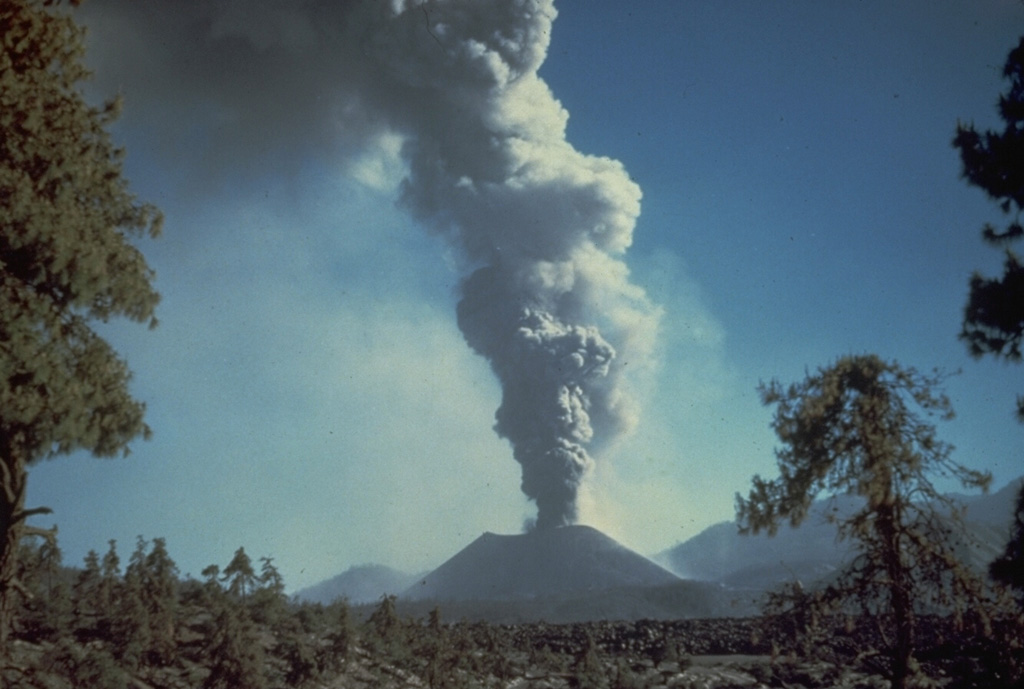 A gray convecting plume rises above Parícutin in October 1944. Much of the eruption column consists of ash-poor steam. The photo was taken from the north at the outskirts of the town of San Juan Parangaricutiro. Lava flows in the foreground had already buried the town; the church tower seen in many other photos of the Parícutin eruption is hidden behind the small tree at the right.