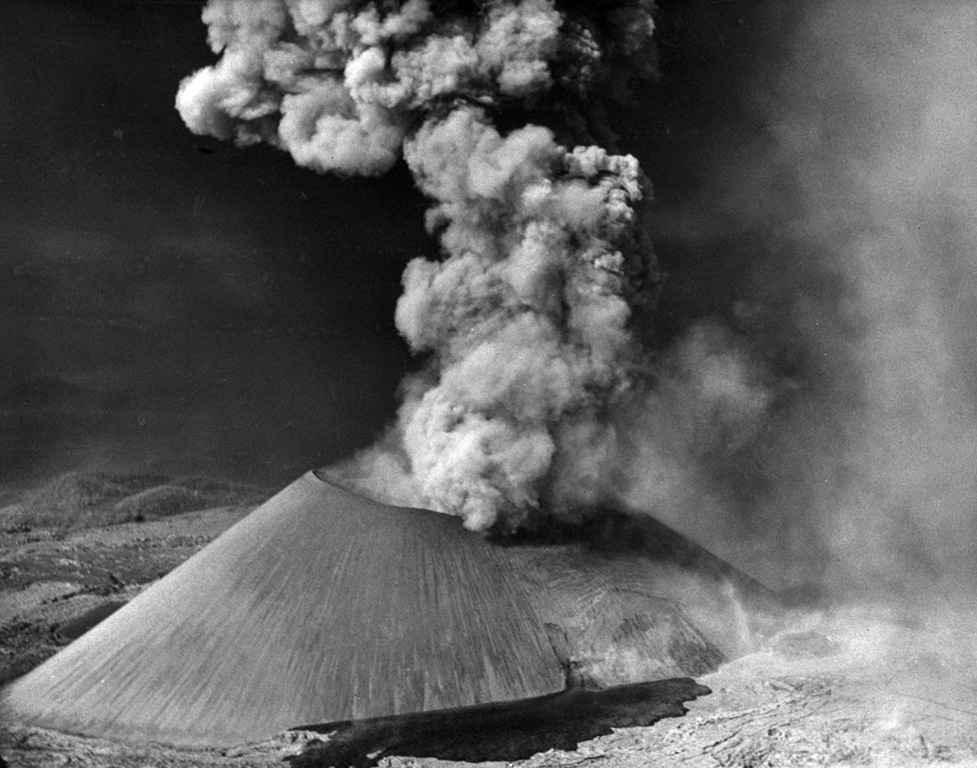 In mid-November 1944 lava broke out of the SSW base of the cone, below the south vent in the crater, seen here from the S. The Ahuán flow advanced over the earlier Taquí flows in the foreground. A small lava intrusion was exposed in the flank of the cone a short distance above the vent. Ahuán flows traveled around the east side of the cone and to the north.