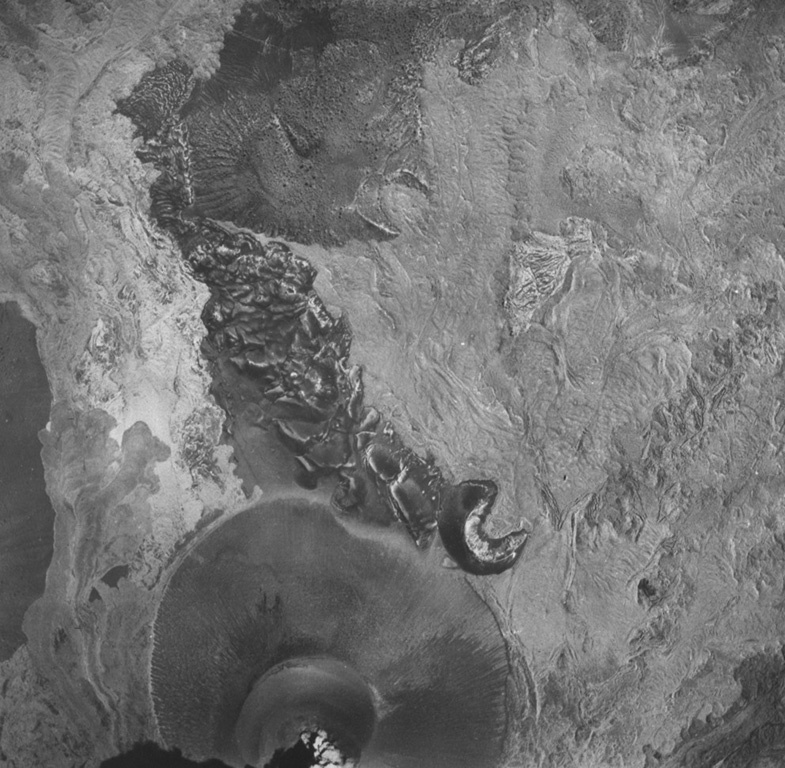 A vertical aerial photo of Parícutin taken on 26 May 1945 shows the cone at the bottom with the partially buried horseshoe-shaped Sapichu vent on its NE flank. Lava flows, forming the lighter-colored areas in the photo, surround the Quitzocho Ridge in the center of the photo and the older Cerro de Jarátiro scoria cone at the top. Ultimately nearly the entire Quitzocho Ridge was buried by lava flows.