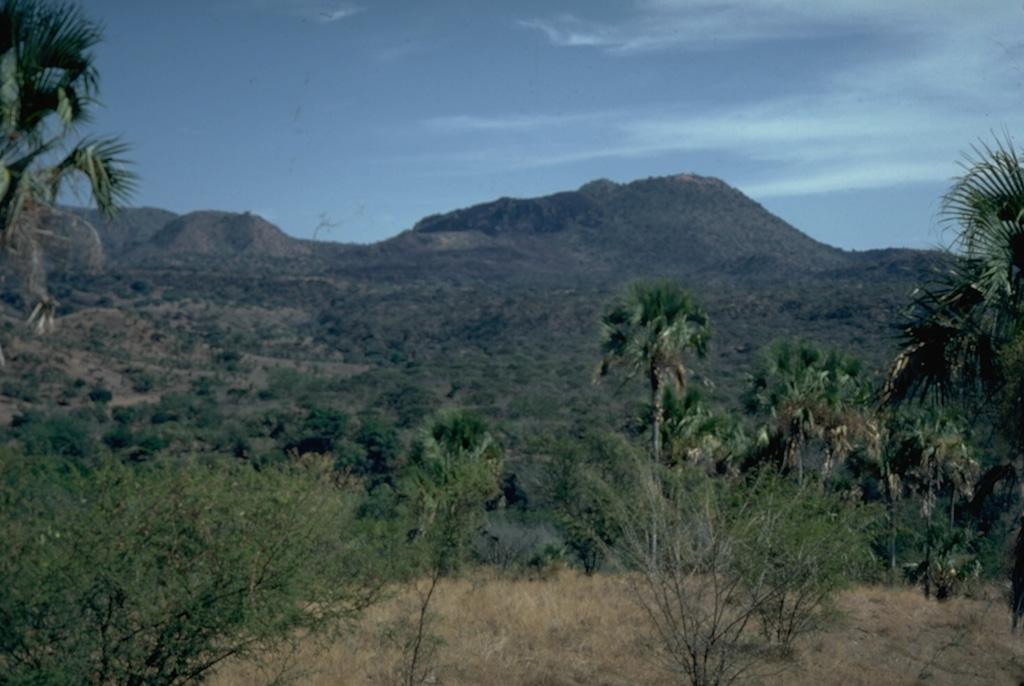 Jorullo volcano, 81 km SE of Parícutin, was born in 1759 during the first historical eruption of the Michoacán-Guanajuato volcanic field. In this view from the NW, the final tongue of still-unvegetated lava that flowed north from the crater rim is visible on the center horizon. One of Jorullo's four parasitic cones, Volcán del Norte, appears on the left horizon. It fed a lava flow toward the west during the middle stages of the 1759-74 eruption.