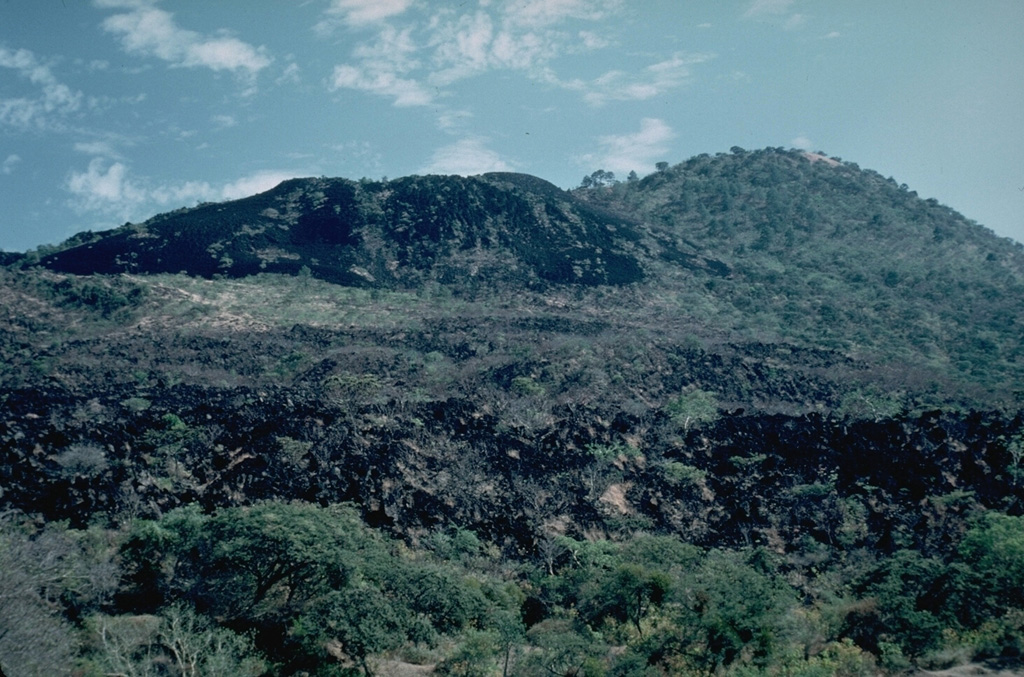 The latest lava flows of the 1759-74 Jorullo eruption appear at the left and foreground of this view from the north with the sparsely vegetated cone of Jorullo at the upper right. Unlike earlier lava flows that were covered with ashfall from explosive eruptions, this latest flow is ash free and remains relatively unvegetated. Lava flows from Jorullo were erupted from NE-SW-trending flank vents and covered an area of 9 sq km.