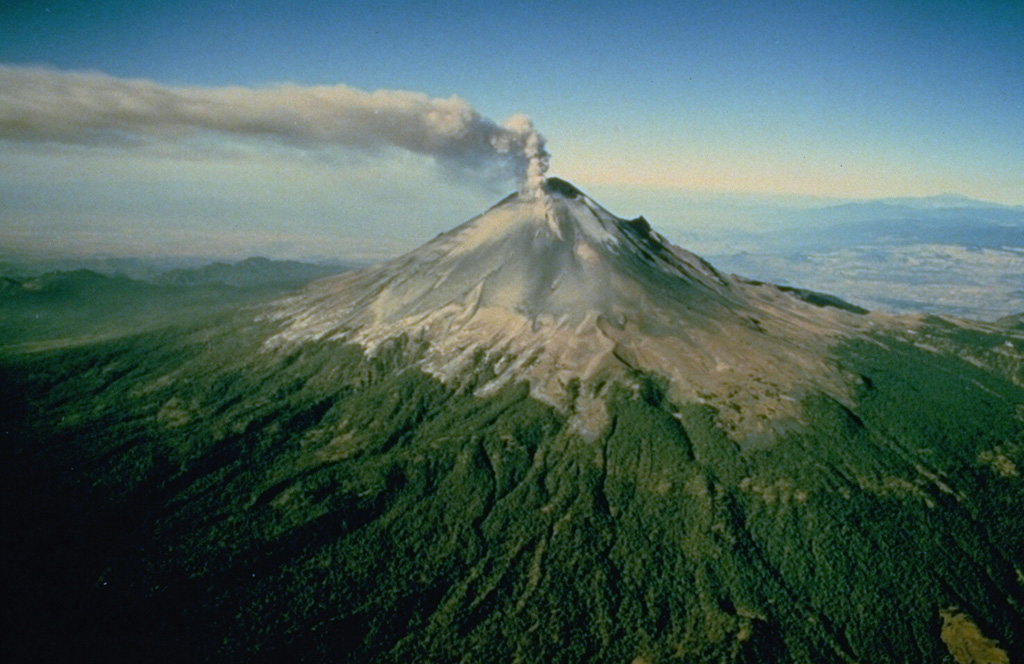 An ash plume rises above Popocatépetl, whose Aztec name means "Smoking Mountain." This aerial view is of the NE side of the massive volcano, which towers more than 3,200 m above the Valley of Mexico to the right in this December 1994 photograph. Frequent eruptions have been recorded since the pre-Columbian era. El Ventorrillo, the small peak on the right, is a remnant of the eroded Nexpayantla volcano, a predecessor to the modern cone of Popocatépetl.