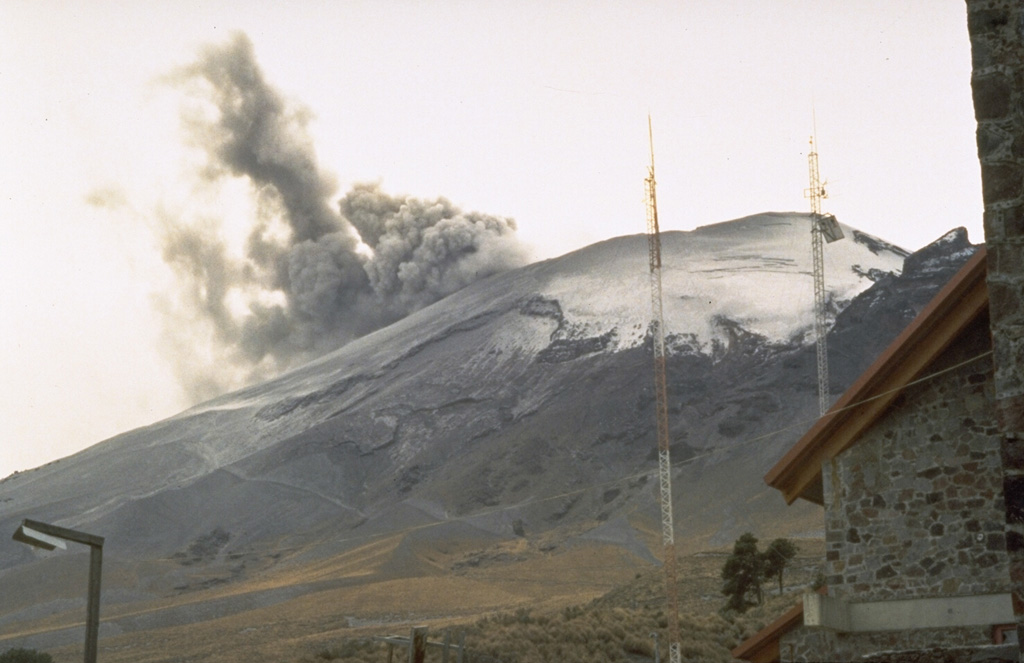 An ash plume rising from the summit crater of Popocatépetl in January 1995 as seen from the mountaineering lodge at Tlamacas, 4.5 km NNE of the summit. Phreatic eruptions that began on 21 December 1994 were the first from the volcano in almost a half century. Intermittent ash eruptions continued until May 1995 and then resumed in March 1996.