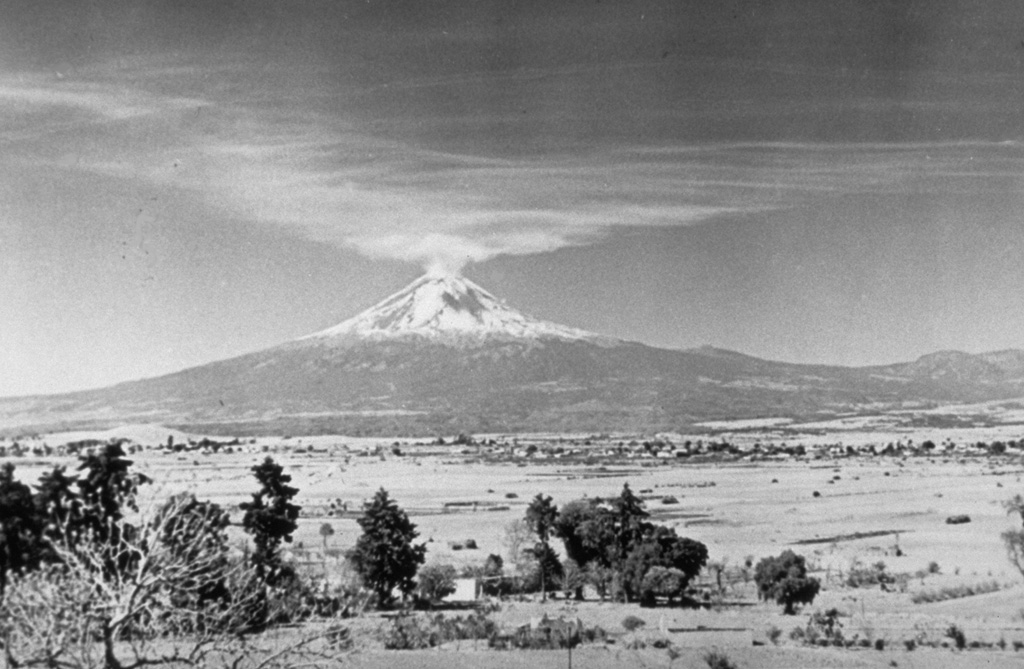 Gas emissions from the summit crater of Popocatépetl volcano on 18 January 1947 are dispersed towards Tonantzintla 40 km away. Brief explosions in January and February 1947 ejected ash and steam. Ash affected the Schmidt camera mechanism at the Tonantzintla Astrophysical Observatory. During interviews in 1989, tribal elders recalled the explosions and seismicity in 1947. This was last known activity at Popocatépetl before an eruption in 1994.