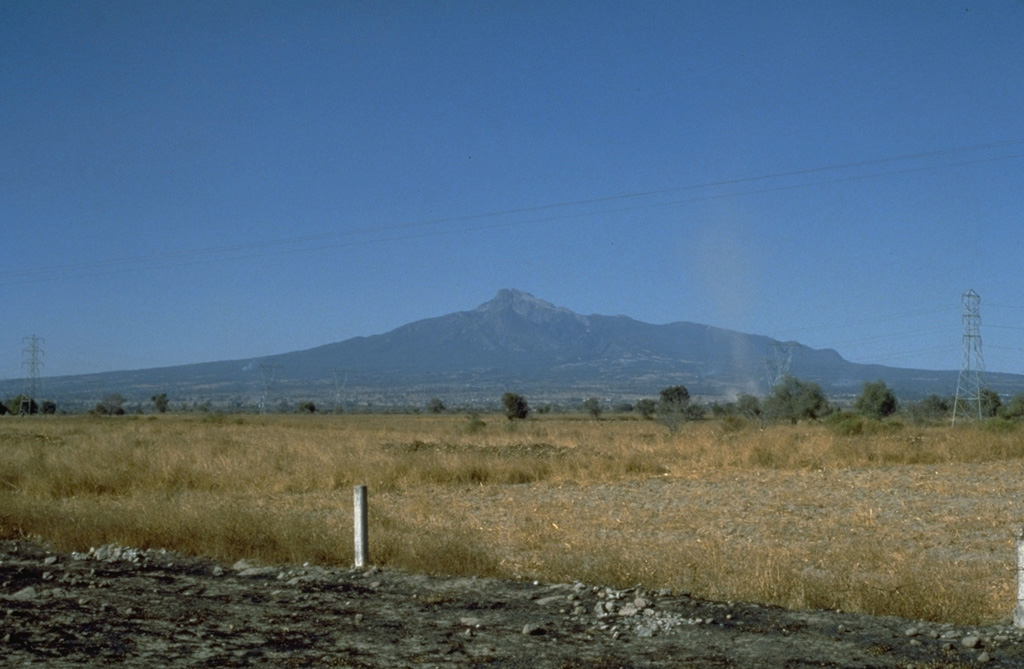 Volcán la Malinche, seen here from the south, derives its name from a Mayan woman who became the wife, aide, and interpreter of the Spanish explorer Cortés. The Spanish mispronounced the woman's name Malintzin as Malinche.