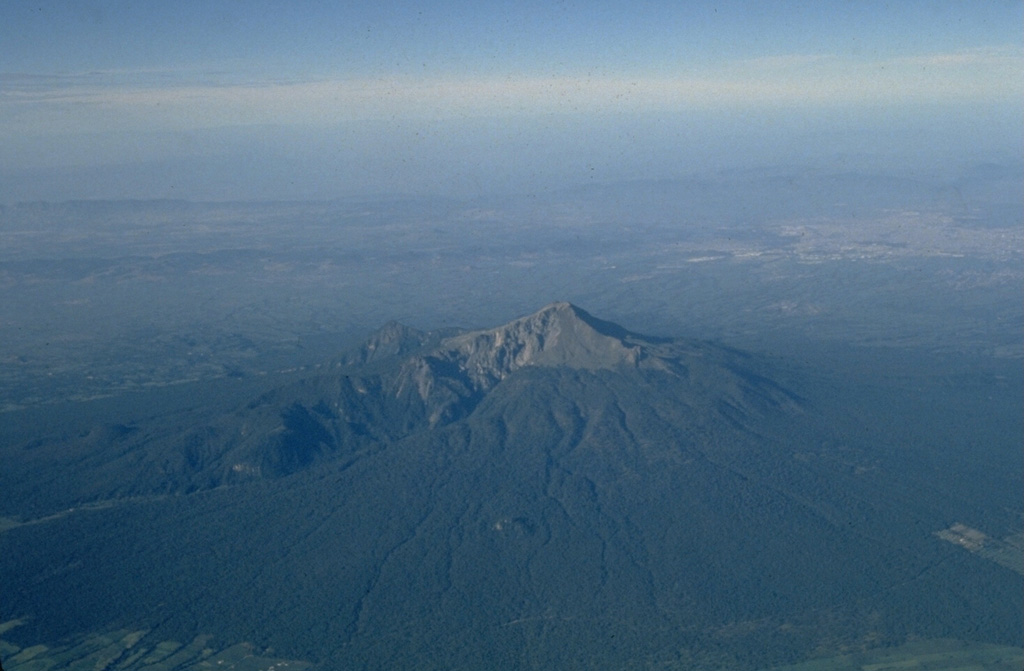 Volcán la Malinche, seen here in an aerial view from the NE, is an eroded edifice with deep canyons from glacial erosion, located NE of the city of Puebla and between the Popocatépetl-Iztaccíhuatl and Orizaba-Cofre de Perote volcanic ranges. Much of the edifice was constructed during the Pleistocene but there are Holocene tephra layers of Holocene age.