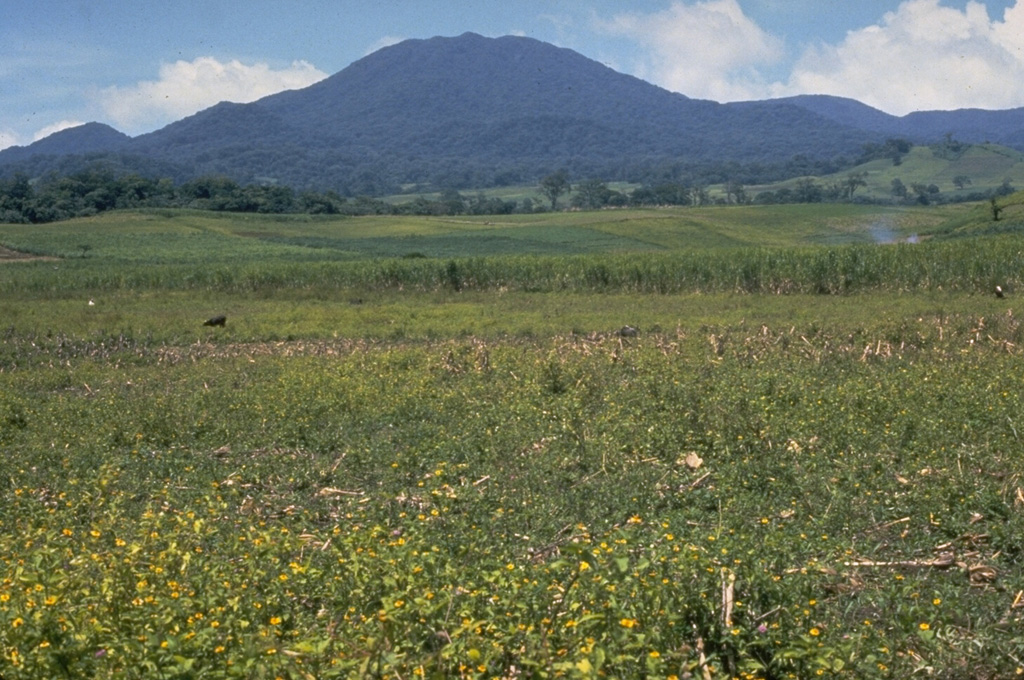 Volcán San Martín Tuxtla is a large edifice in the NE part of the basaltic Los Tuxtlas Volcanic Field on the coast of the Gulf of México. The summit and flanks contain more than 250 cones and maars. Two large eruptions took place in 1664 and 1793. The 1793 eruption occurred from two scoria cones in the 1-km-wide summit crater and produced widespread ashfall and lava flows that extended 3.5 km down the NE flank. 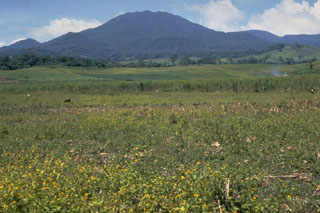