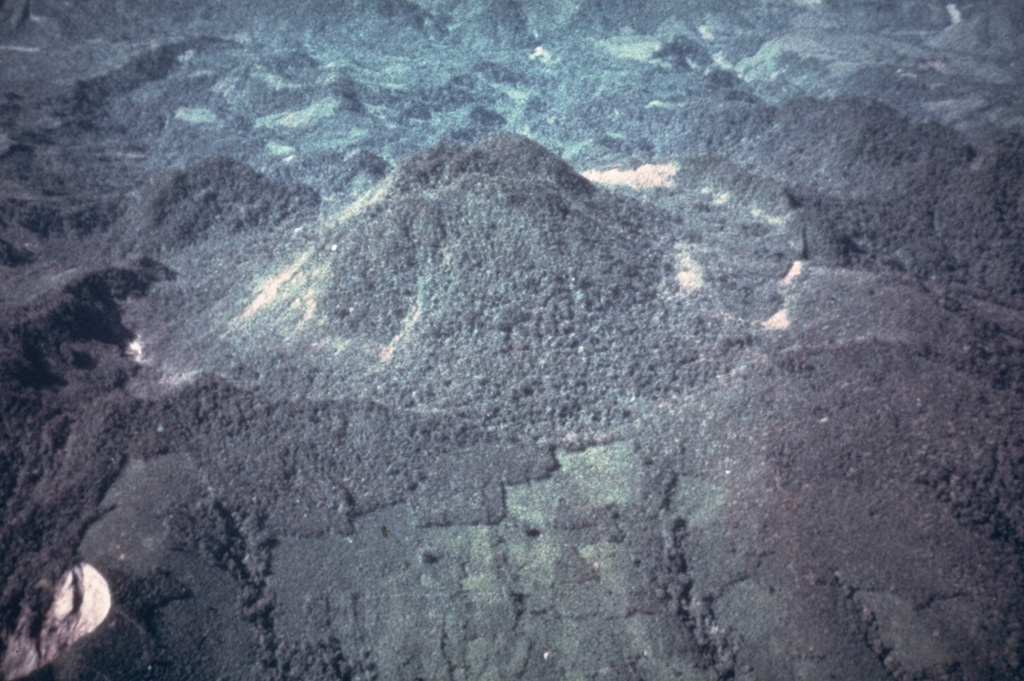 The pre-1982 summit of El Chichón is seen in this aerial view from the east. A large lava dome fills a 1.6 x 2 km wide crater that formed about 220,000 years ago. This dome was destroyed by the 1982 eruptions, which created a new 1-km-wide crater where the former dome was. Two older lava domes are visible to the SW (upper left) and NW (upper right).