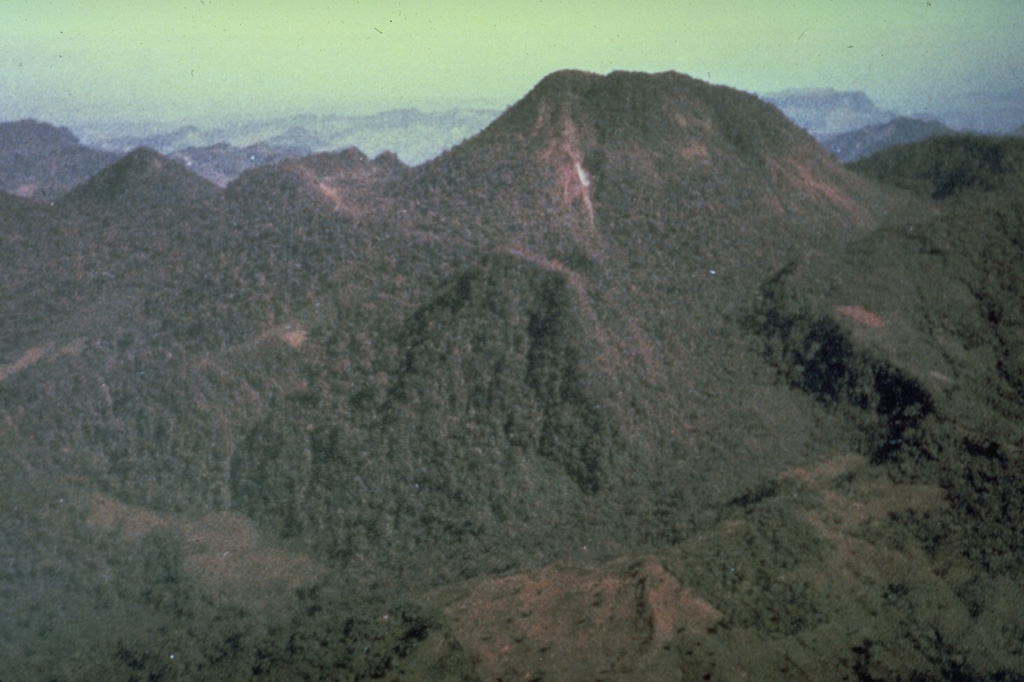 Prior to the major 1982 eruption, El Chichón contained a large summit lava dome (upper right) and a lower flank dome (center) inside two overlapping craters, seen here from the SW in 1981. A small steam plume rises from a fumarole along a fault down the left side of the larger dome. The last major eruption of El Chichón prior to 1982 occurred about 500 years ago, but residents reported an eruption about 130 years ago that was witnessed by their grandparents but was not strong enough to prompt an evacuation.