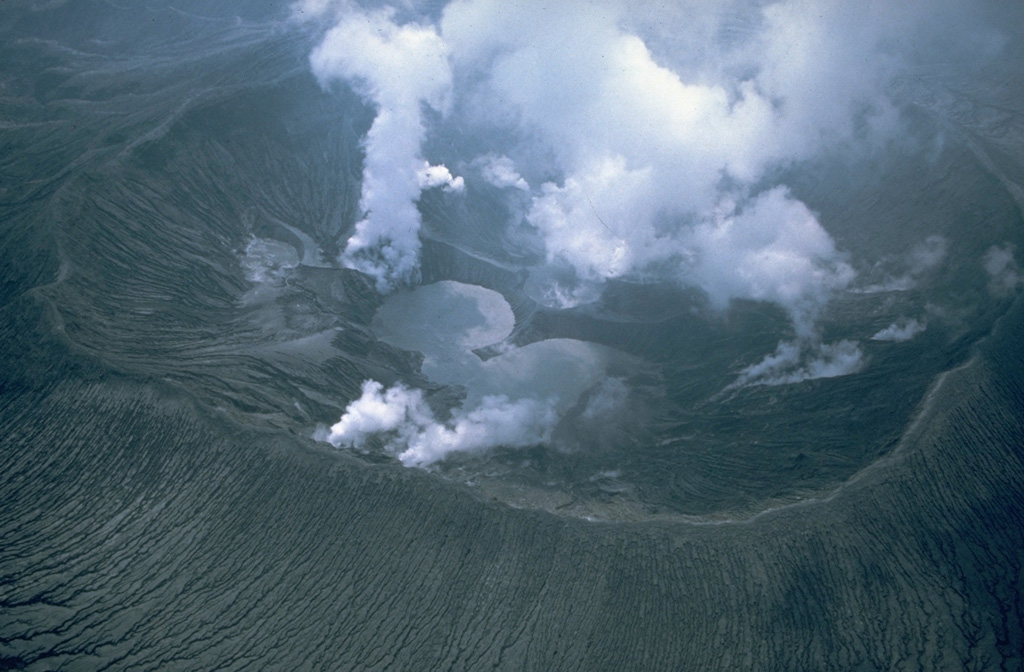 Gas-and-steam plumes emanate from the new El Chichón crater in June 1982, about two months after a major explosive eruption formed it. The first sighting into the crater revealed three small lakes on the crater floor. These later merged into a single lake that reached a maximum depth of about 120 m. This aerial view from the east also shows gully erosion within pyroclastic flow and surge deposits on the flanks.