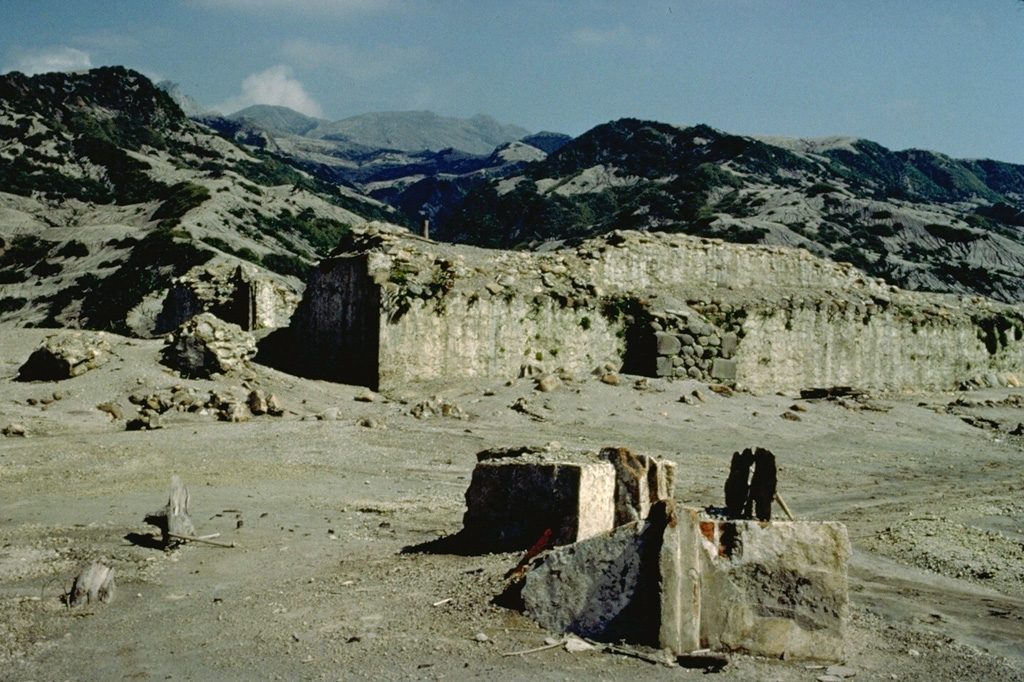 Francisco León was one of 9 villages destroyed by the 1982 eruptions of southern México's El Chichón volcano, seen steaming in the distance in this January 1983 photo. Powerful laterally moving pyroclastic surges knocked down all walls of buildings in the village, leaving only the basal portion of the massive walls of the village church (center), oriented parallel to their flow. The village of Francisco León was located 5.5 km SW of the volcano, just within the circular area swept by pyroclastic flows and surges on April 3, the 4th day of the 1982 eruption.