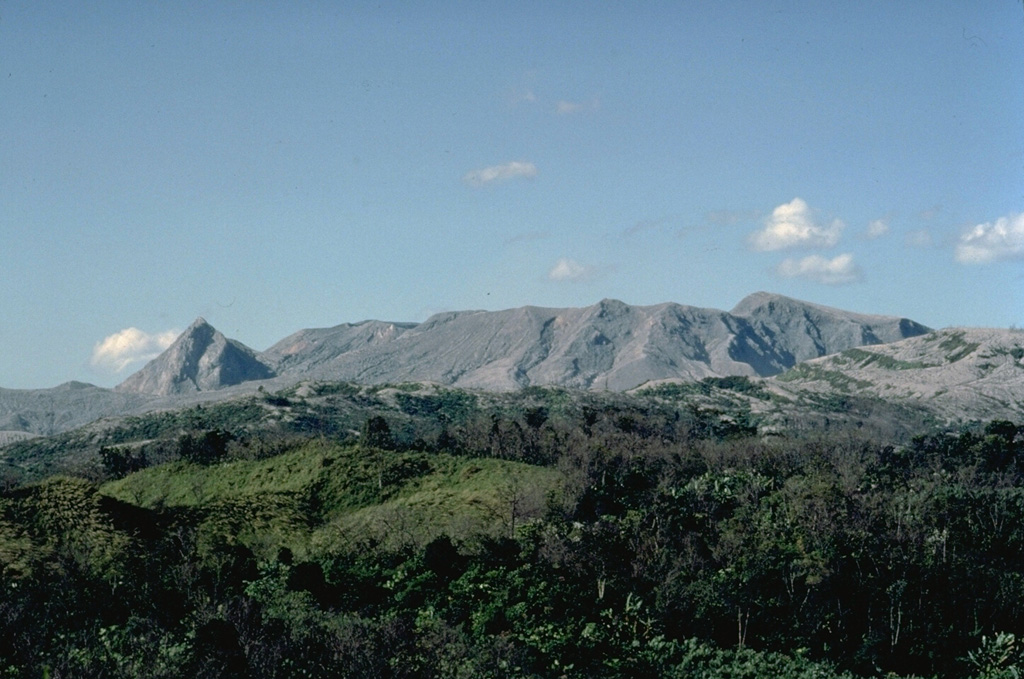 El Chichón is seen in profile from the SSW in January 1983. The upper flanks of the volcano were completely deforested by the devastating eruptions of March and April 1982. The sharp peak at the left is the SW lava dome. The broad ridge at the center is the rim of the 220,000-year-old somma of El Chichón; the 1-km-wide 1982 crater was formed inside the older crater. Removal of the summit lava dome by the 1982 explosions lowered the height of the summit of El Chichón by about 200 m.