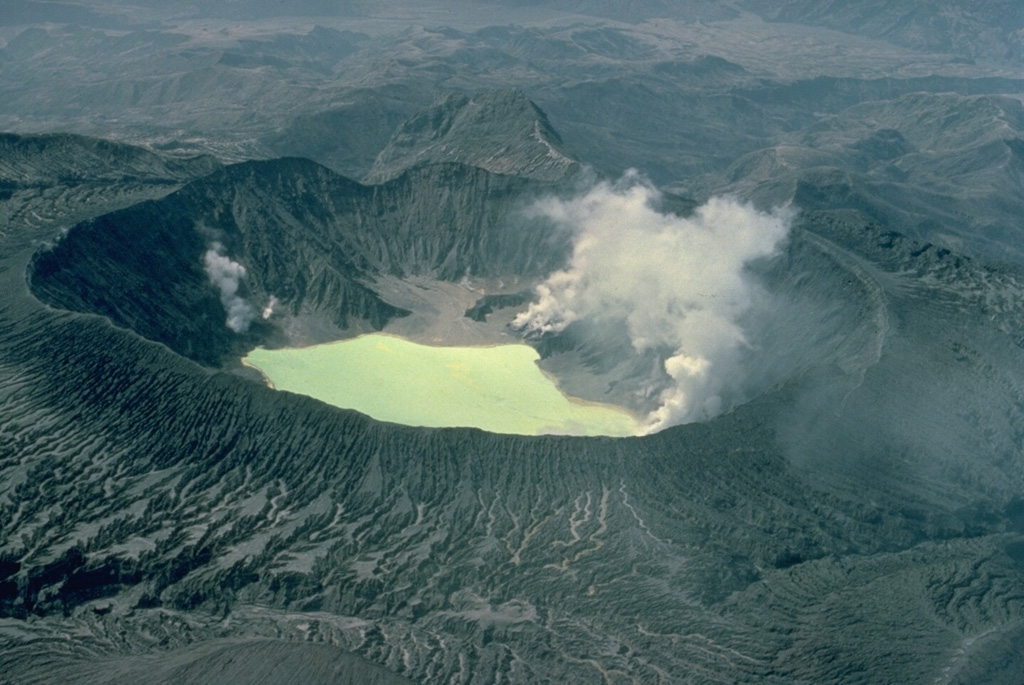 El Chichón is a small, but powerful andesitic stratovolcano that occupies an isolated location in the Chiapas region far from other Holocene volcanoes. Prior to 1982, this relatively unknown volcano was a heavily forested lava dome cluster of no greater height than adjacent non-volcanic peaks. This 1983 photo from the NE shows the effects of powerful eruptions in 1982, the first major eruptions at El Chichón in 500 years. The explosions removed the summit lava dome and created a new 1-km-wide crater now containing an acidic lake.