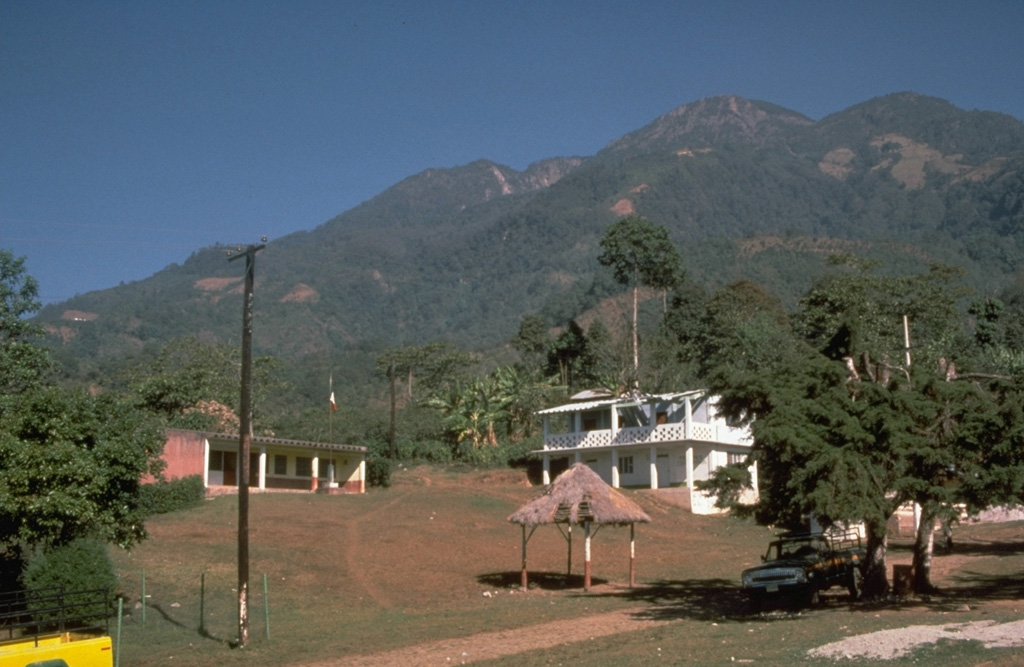 The peak to the left is San Antonio, the youngest of the Tacaná volcanic complex. A major eruption from the upper SW flank about 1,950 years ago produced a block-and-ash flow that traveled about 14 km to the south with associated lahars. The eruption concluded with the extrusion of lava flows and a lava dome. Construction at the pre-Hispanic center of Izapa was halted because of temporary abandonment of the city due to the lahars.