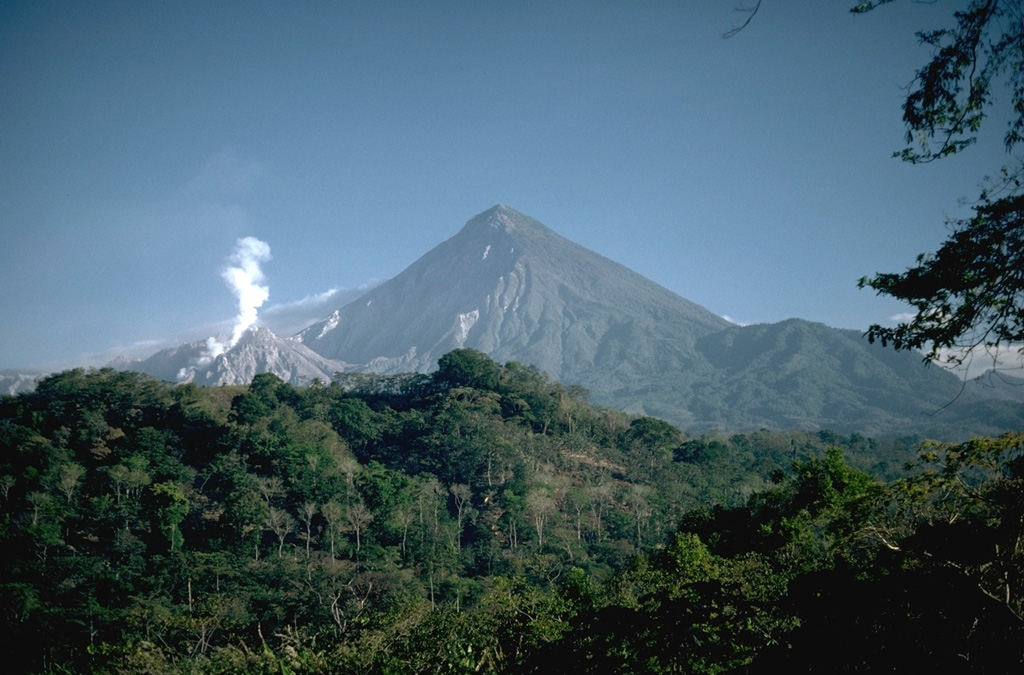 Three distinct stages marked the growth of Santa María. The large edifice formed over a basement of older volcanic and plutonic rocks beginning about 30,000 years ago and ending about 500 to several thousand years ago. A massive eruption in 1902 then created the large crater on the SW flank seen in the shadow left of the summit. The third stage is marked by continued growth of the Santiaguito lava dome complex (left) in the new crater since 1922.