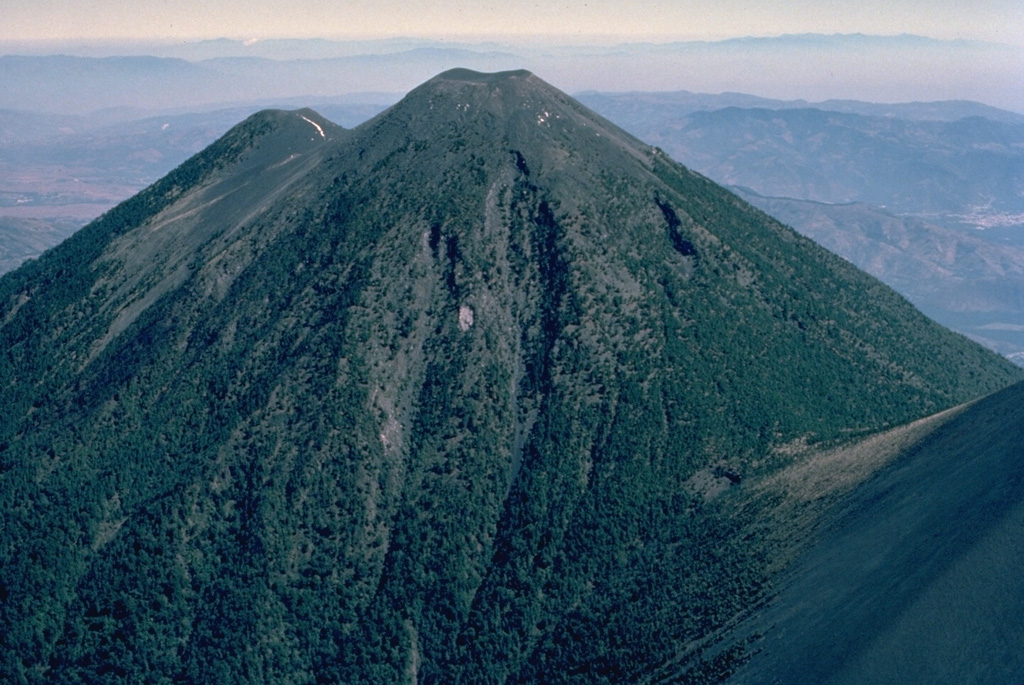 Acatenango, forming a twin volcano with Volcán Fuego to the south, itself has two summits. Activity at Yepocapa (left), the northern summit of Acatenango, ended about 20,000 years ago, after which the southern and highest cone, Pico Mayor, was constructed. The first well-documented eruptions of Acatenango took place from 1924 to 1927, although earlier historical eruptions may have occurred. This aerial view is from the SW.