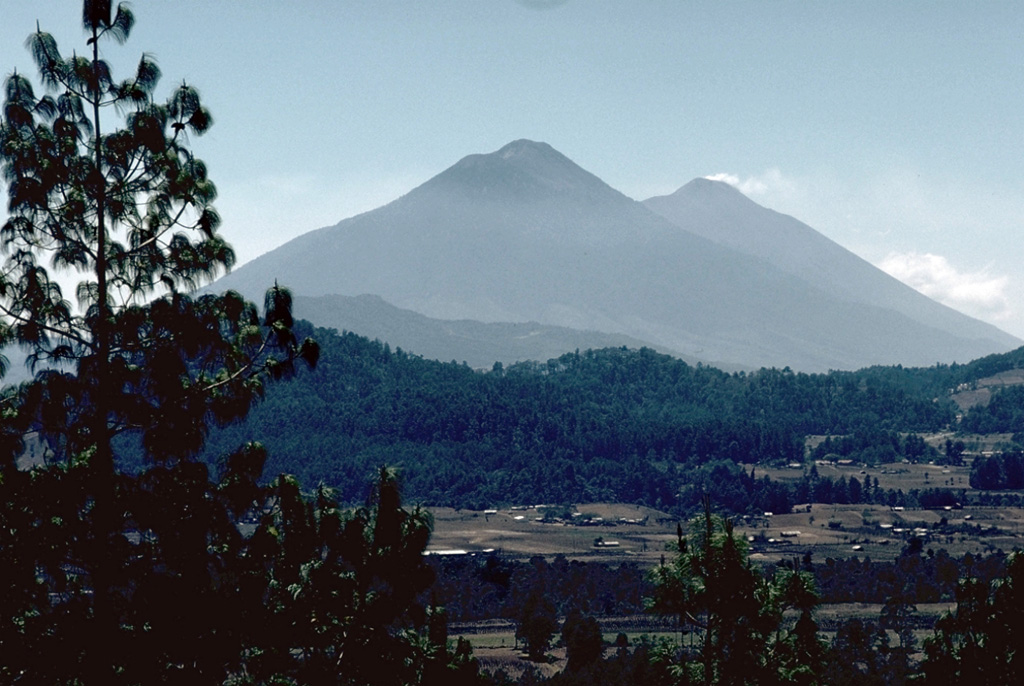 The Acatenango-Fuego complex is seen here from the NW. A gas plume drifts from the summit of Fuego (right), beyond Acatenango (center). Like other N-S-trending volcanic chains in the Guatemalan highlands, activity at the Acatenango-Fuego chain migrated to the south. Yepocapa, the northernmost summit of Acatenango, was active from about 70,000 to 20,000 years ago, after which Acatenango's northern Pico Mayor was constructed. The frequently active Fuego volcano formed during the Holocene.