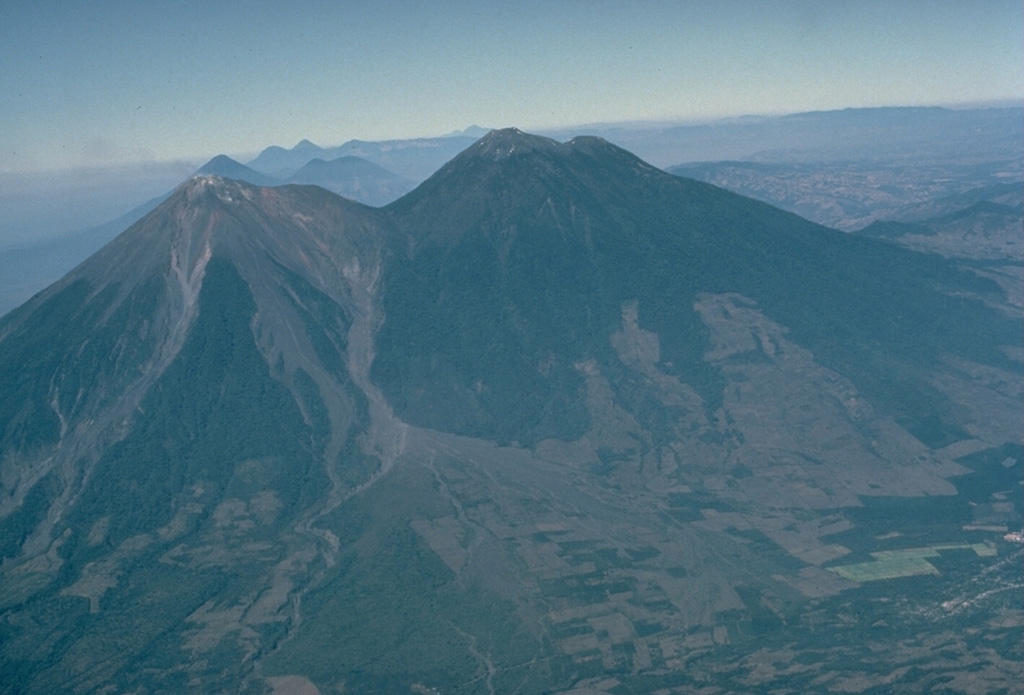 The paired volcanoes of Fuego (left) and Acatenango, seen here in profile from the ESE, illustrate the N-S progression of volcanism that is typical of paired volcanoes in Guatemala and México. Activity at Yepocapa (right), the lower northern summit of Acatenango, ended about 20,000 years ago, after which Acatenango's highest cone, Pico Mayor, was built. Activity then again migrated southward to build Meseta volcano, a remnant of which forms the shoulder left of the saddle between Acatenango and Fuego. Lastly, modern Fuego was constructed south of Meseta volcano.