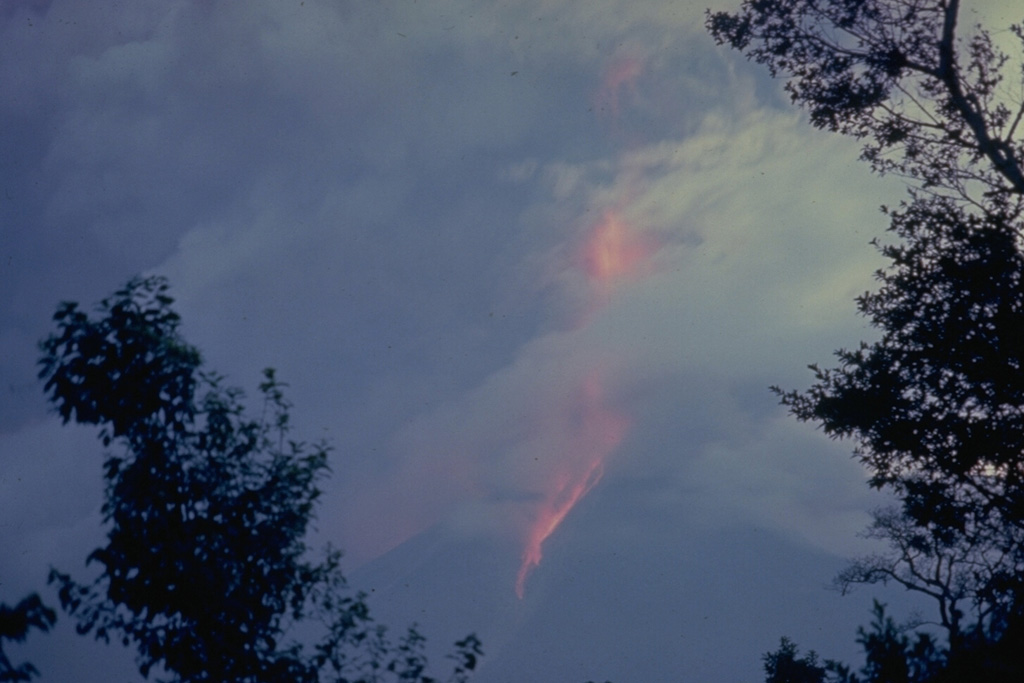 An ash plume with incandescent ejecta rises high above the summit of Fuego and produces hot avalanches down its flanks during this 12-13 August 1966 eruption. Ash fills much of the sky in this view. The ash plume rose to 12 km during this large but brief eruption.