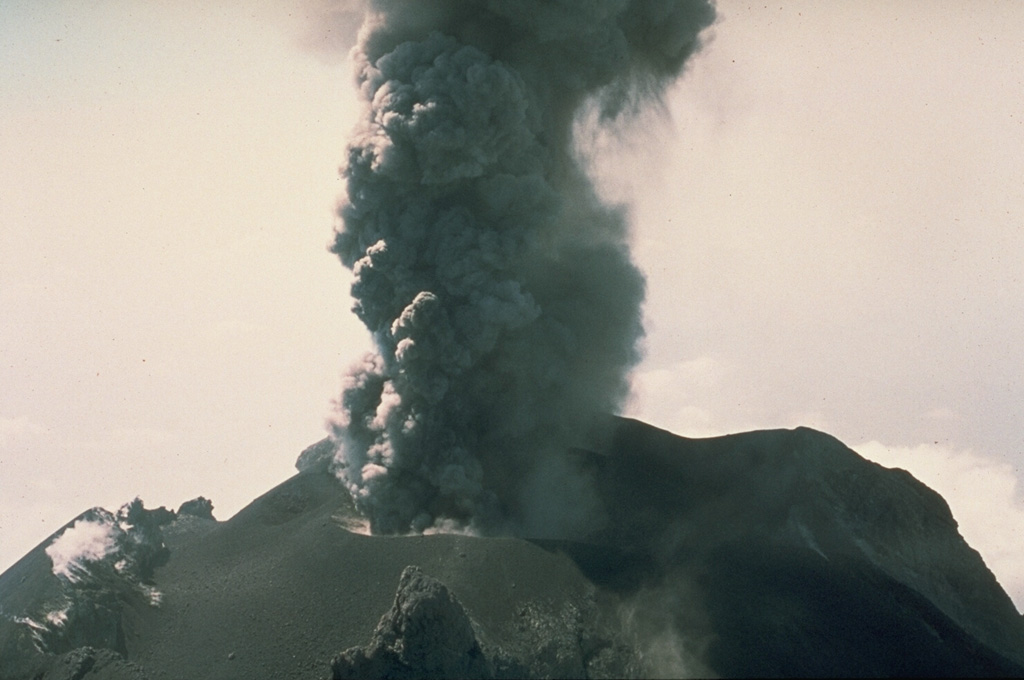 An ash plume rises from the summit crater of Fuego in this March 1978 photo. Intermittent minor explosive eruptions took place from 11 September 1977 to 8 August 1979. The eruptions sometimes produced pyroclastic flows and lava flows, and originated from multiple vents in the summit crater.