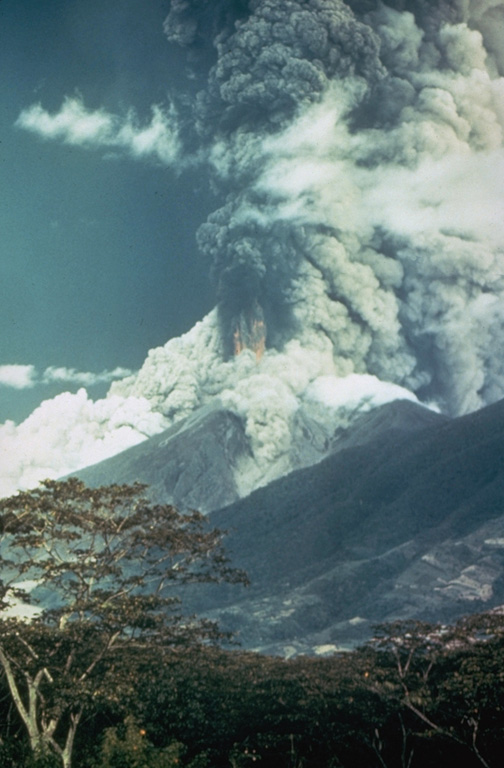 A large ash plume towers above Fuego in October 1974 as pyroclastic flows sweep down the SE (left) and NE flanks (center). Incandescent ejecta can be seen at the base of the ash plume. Prevailing winds distributed ashfall primarily to the SW. More than 0.2 km3 of ash was erupted during four distinct explosive pulses of 4 to 17 hours duration between 14 and 23 October.