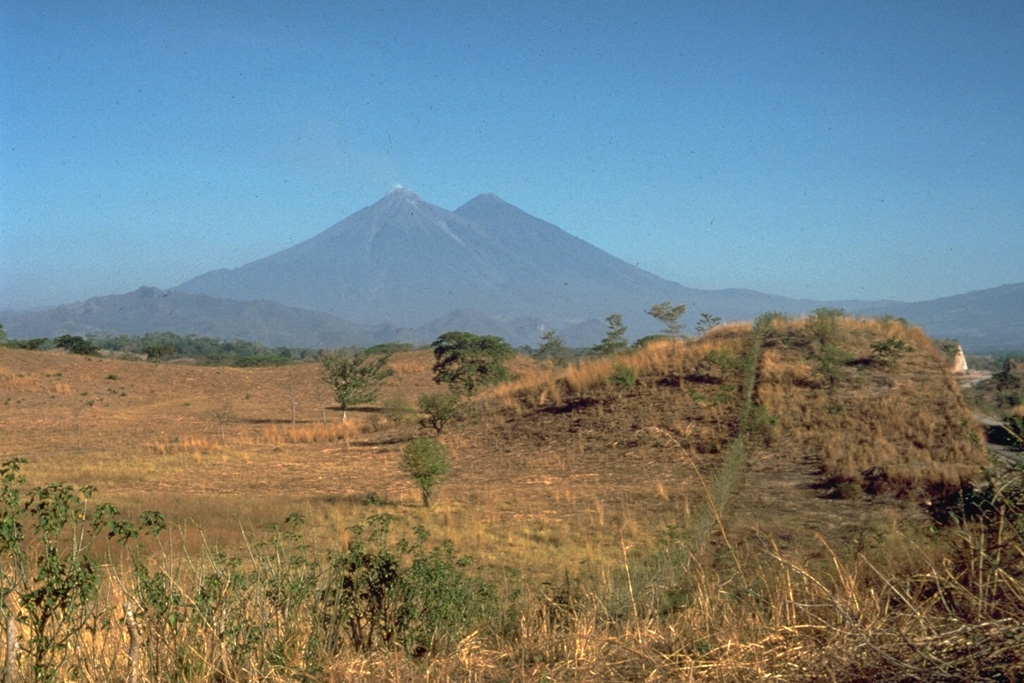 The hummocky surface in the foreground in front of the Fuego and Acatenango volcanoes in Guatemala is a massive debris-avalanche deposit in Escuintla that was produced by partial collapse of the volcanic complex sometime during the late Pleistocene to early Holocene. This is the largest known debris avalanche in Guatemala; it has an estimated volume of about 15 km3 and traveled about 50 km. For the last 30 km, the avalanche traveled over flat slopes of less than 1 degree, illustrating the extremely high mobility of volcanic debris avalanches.