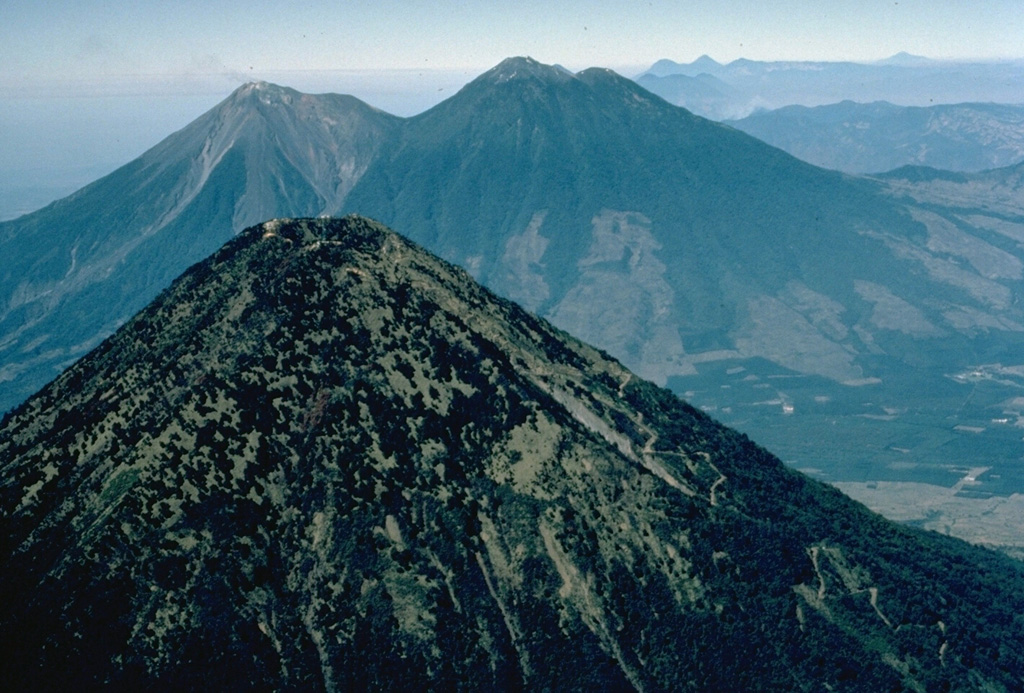 The forested summit of symmetrical Agua volcano appears in the foreground with the twin volcanoes of Fuego (left) and Acatenango (right) in the background. The three stratovolcanoes overlook the historical city of Antigua Guatemala, whose outskirts appear on the right. Agua has had no historical eruptions, in contrast to Acatenango and especially Fuego, which is one of the most active volcanoes of Guatemala. This 1983 aerial view is from the west. 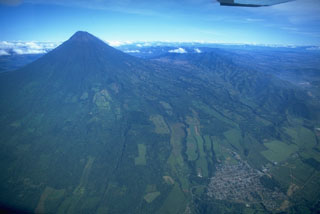