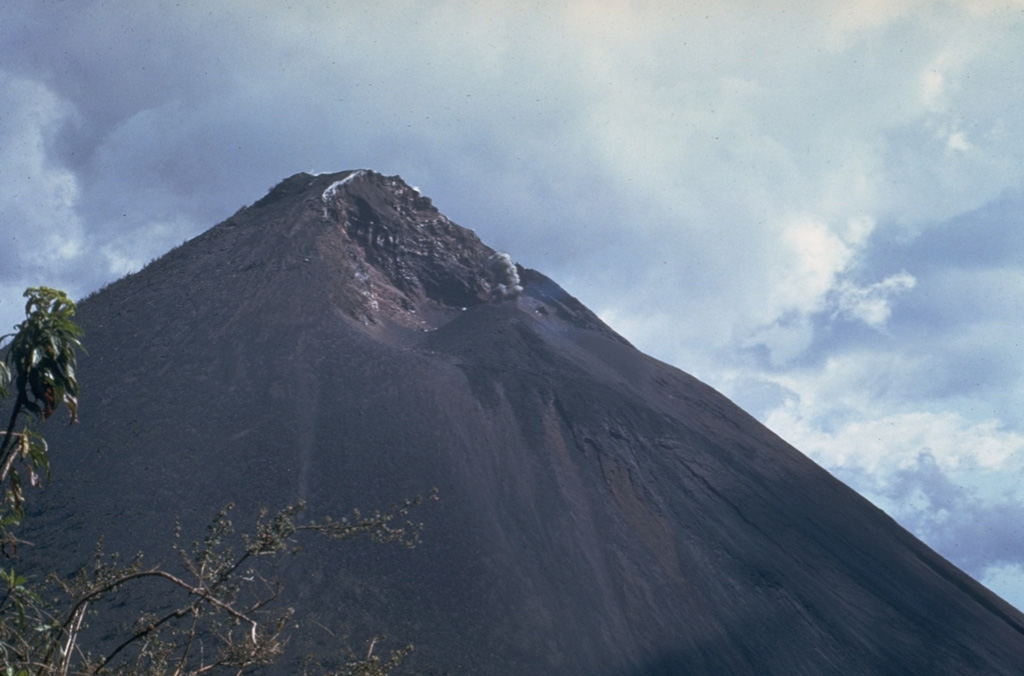 A small eruption plume rises to the level of the rim of MacKenney crater in February 1967. This photo, taken from near Cerro Chino on the northern caldera rim, shows the morphology of the crater early in the long-duration eruption that began in 1965. More or less continuous explosive activity with periodic lava effusion first began on July 4, 1965 from a 250-m-wide pit crater that had formed in 1962 without eruptive activity, probably as the result of magma withdrawal.