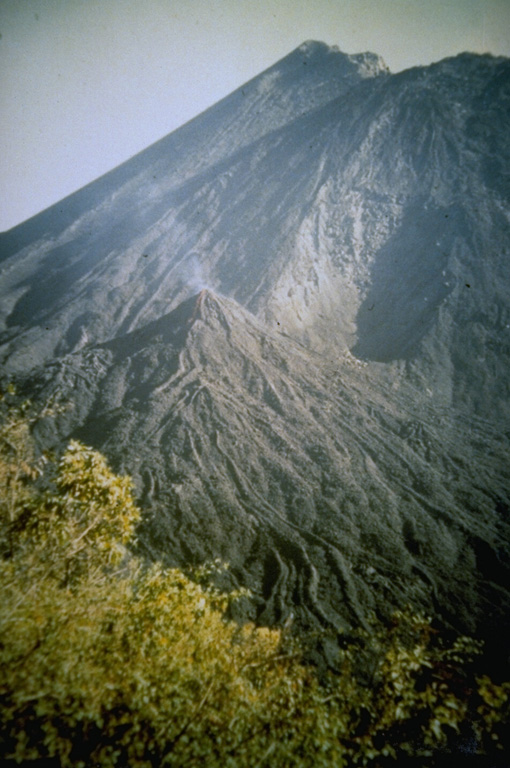 The cone in the center grew on the NE flank of MacKenney cone (background) during a long-term eruption that began in 1965. This small NE-flank vent was active from 5 August 1984 until 6 February 1985 and produced a 50-m-high cone that sent sinuous lava flows its flanks. Later eruptions buried most of the cone before it was destroyed by an explosion in 1995. This 1985 photo was taken by Alfredo MacKenney, the Guatemala City physician and volcano enthusiast for whom the cone was named.