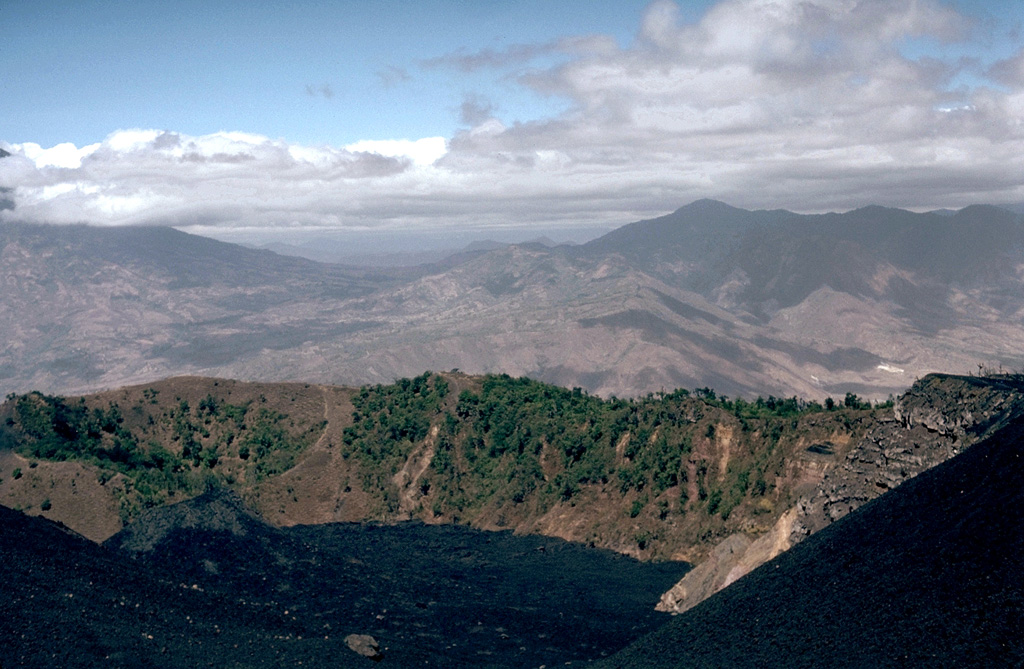 Cerro Chino, whose shallow crater rim can be seen at the left side of the long ridge cutting across the photo, was the site of a major eruption in 1775. This eruption began at vents on the SW flank of Cerro Chino (behind the crater in this view) and then migrated towards the summit of Cerro Chino. Powerful lava fountains were observed, and ashfall from this eruption, one of the largest in historical time at Pacaya, was reported up to 200 km away. Fresh black lava flows in the foreground from MacKenney cone fill the moat between it and Pacaya's caldera rim.