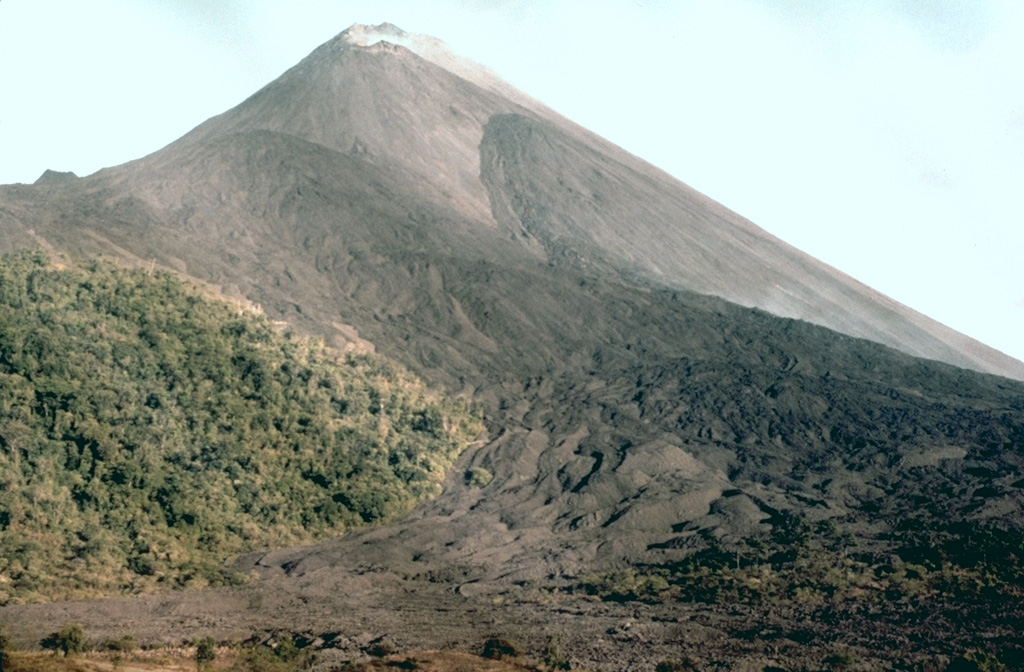 Fresh unvegetated lava fields armour the NW flank of Pacaya volcano. Two prominent flow fields originating from flank vents can be seen in this 1987 photo. The cone on the lower left horizon is a large spatter cone that formed in 1981. Lava flows from subsequent eruptions have nearly buried this cone. The forested slopes at the left are below Cerro Chino, a cinder cone on the rim of Pacaya's large horseshoe-shaped caldera.