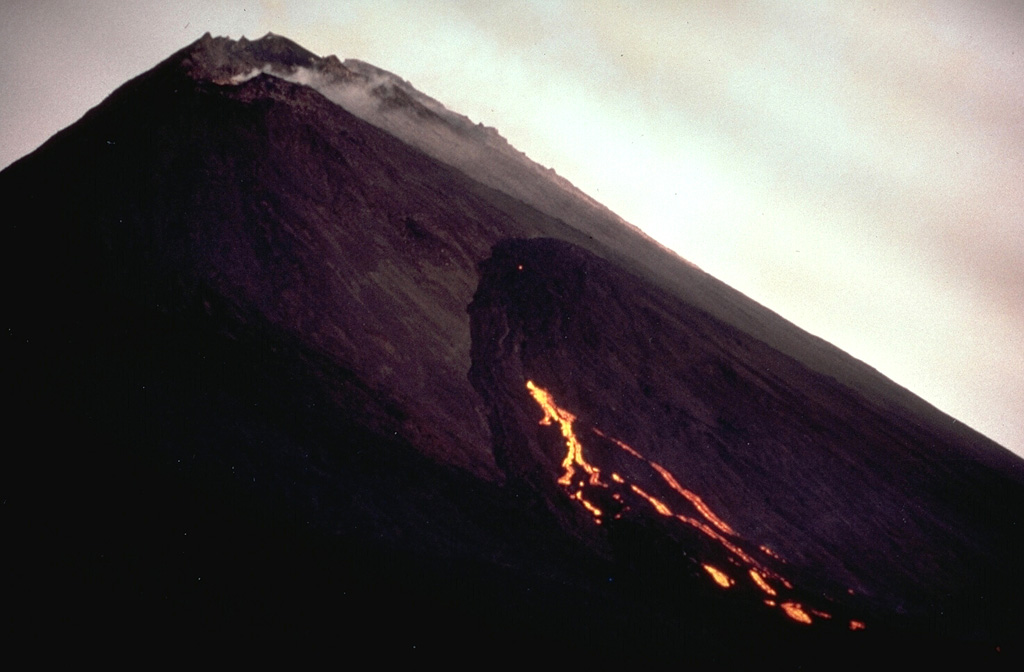 A lava flow extrudes from a WNW-flank vent on MacKenney cone at Pacaya on 10 January 1987. A weak gas plume can be seen from the summit crater, which was producing Strombolian eruptions at the same time.