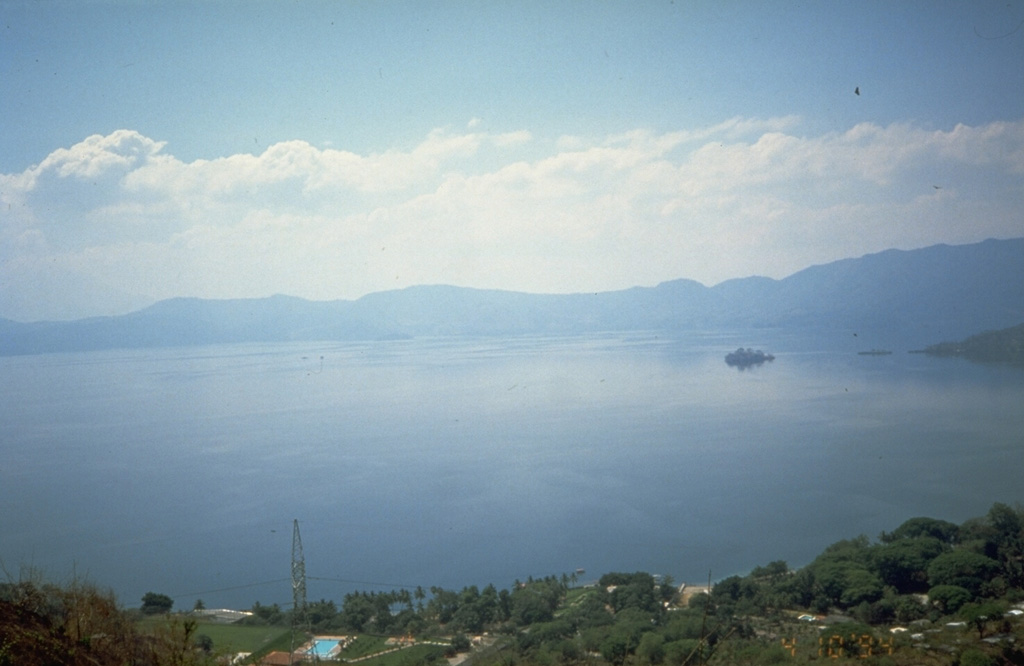 The 8 x 11 km Ilopango caldera, filled by one of El Salvador's largest lakes, has a scalloped 150-500 m high rim. The caldera, seen here from its west rim, is strongly controlled by regional faults of the central Salvador graben. Its latest collapse resulted from the massive 5th century CE Tierra Blanca eruption that produced widespread pyroclastic flows and devastated early Mayan cities. The latest of a series of post-caldera eruptions formed the Islas Quemadas, a group of low islets in the center of the lake, in 1879-1880.