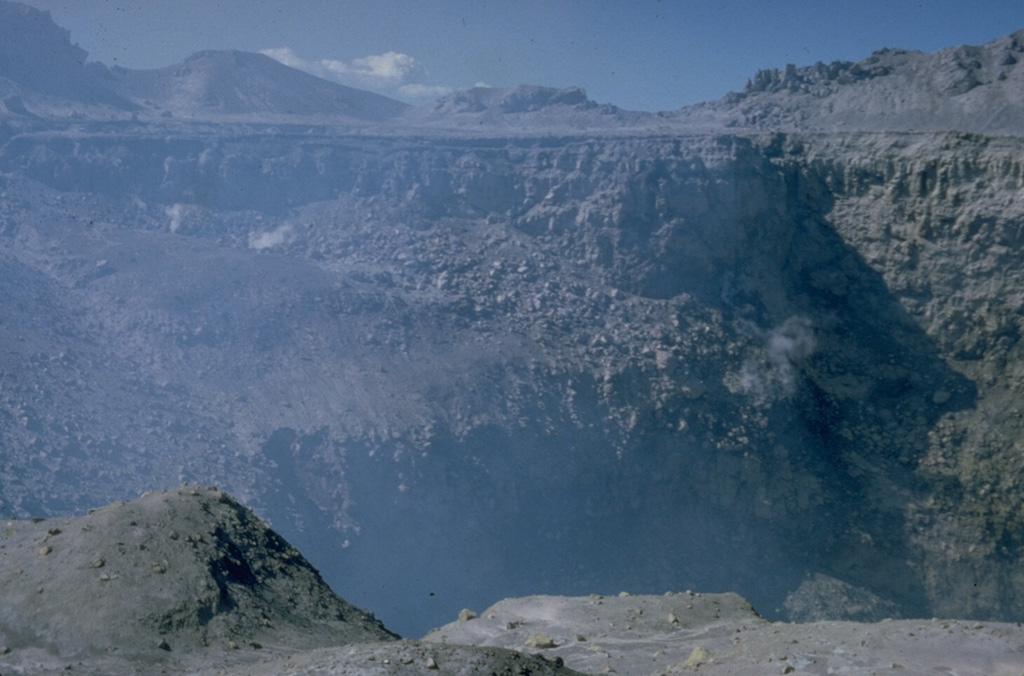 The summit of San Miguel volcano contains a deep crater whose morphology has been frequently modified by historical eruptions. In 1586 the volcano already had a truncated summit; before then the volcano was said to have had a sharp peak. In 1866 the crater was 600 m wide and 320 m deep and contained a subcrater on the ENE side. A cinder cone that formed at the NE side of the crater in 1884 had largely disappeared by 1924, and a ring plain on the crater floor was largely gone by 1949.