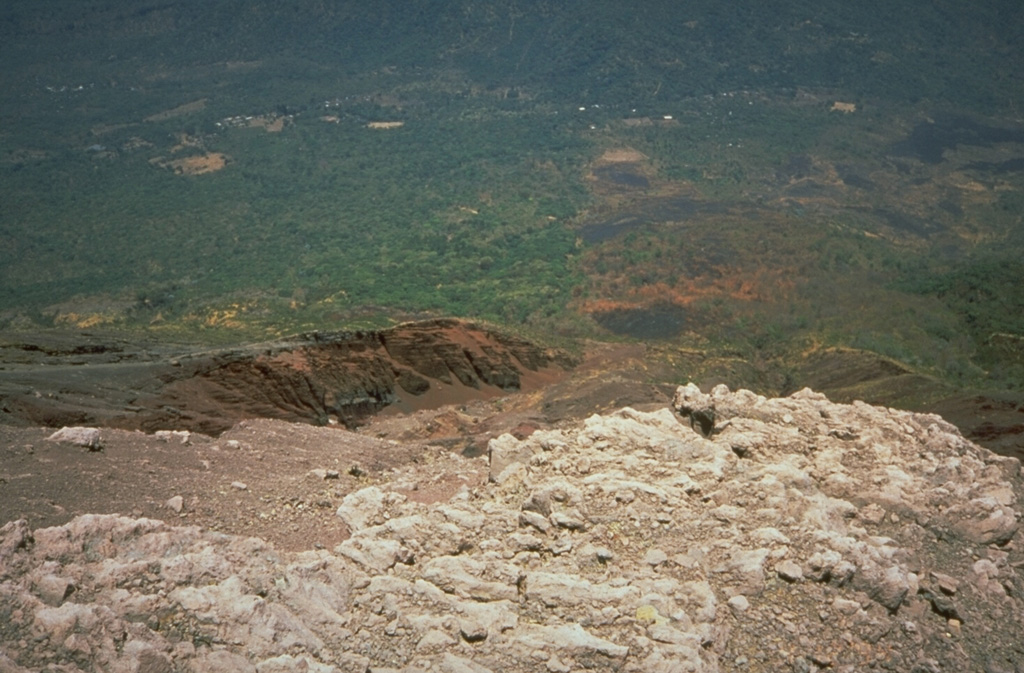 The fresh-looking lava flow at the upper right on the north flank of San Miguel volcano was emplaced during an eruption in 1844. The flow originated on July 25 from a NNW-flank fissure and traveled initially to the NNW before diverting to the NE and reaching to 8 km from the summit. After December the volcano began long-term explosive activity that lasted until 1848, when another lava flow occurred.