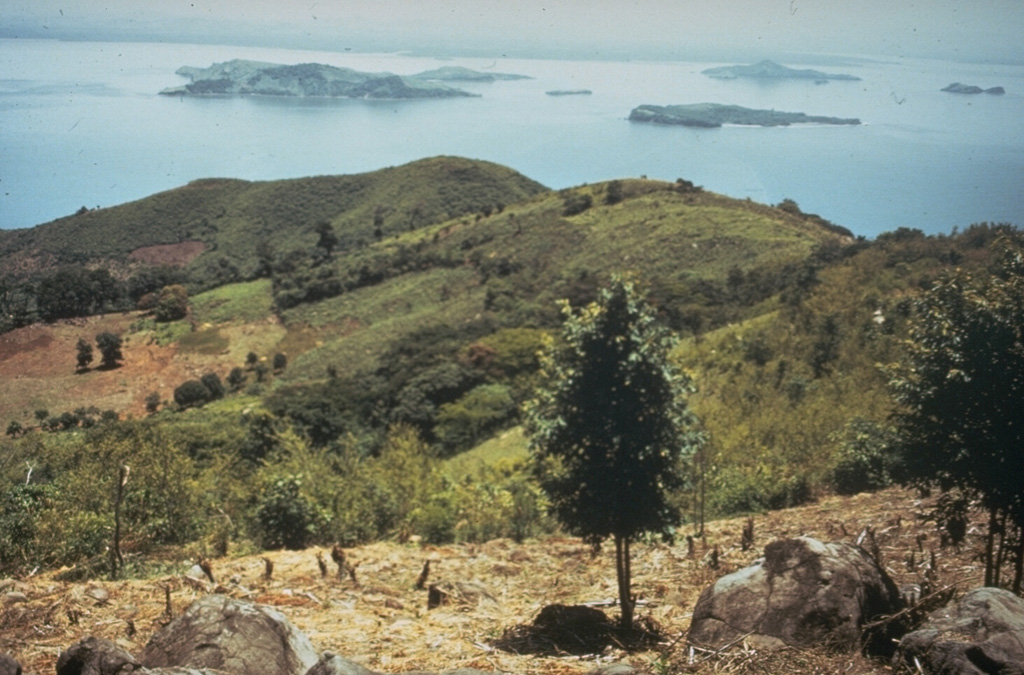 Islands dot the Gulf of Fonseca in this NE-looking view from Cerro el Havillal on Isla Conchagüita. Isla Conchagüita is a small, 4-km-wide island across a narrow strait from Conchagua volcano. Late-stage eruptions formed a small, sharp-topped cone with a 100-m-wide summit crater at the southern end of the island. A crescent-shaped crater open to the west is located at the northern end of the island. Minor ash emissions in 1892 were the only historical eruptions from Conchagüita. 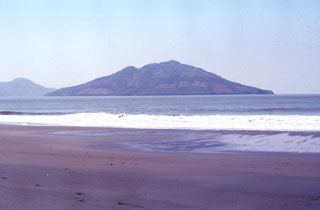