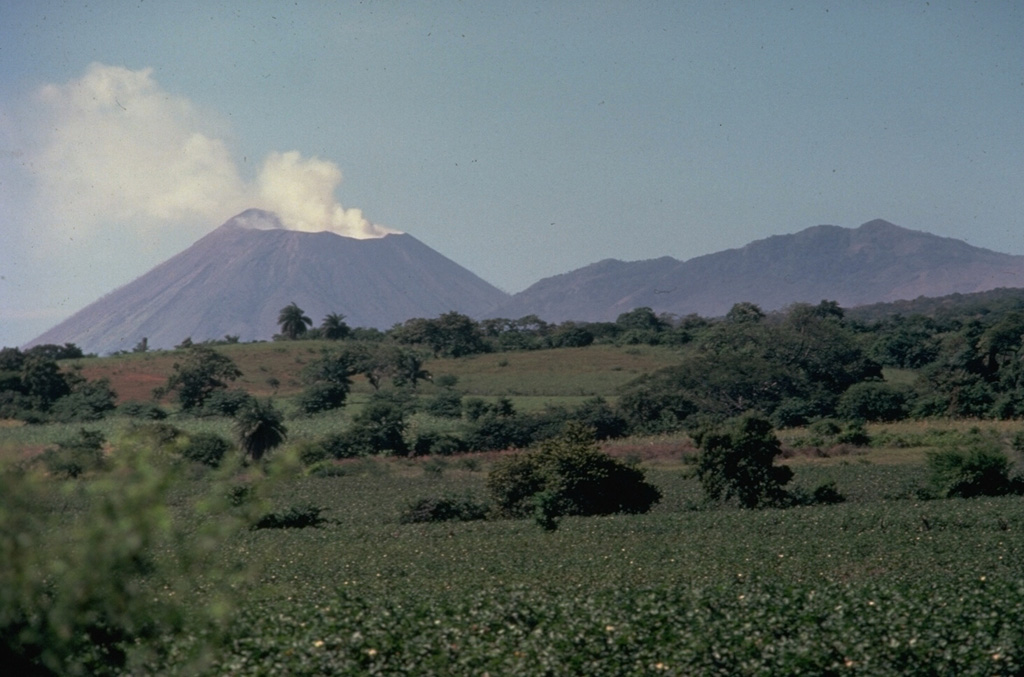 The San Cristóbal volcanic complex towers above the Plain of León to its south. A vigorous steam plume rises in 1978 above San Cristóbal (El Viejo) volcano at the left, the most recently active volcano of the complex. The irregular summit of Casita volcano (right) was formed by eruptions from several independent, partially overlapping craters along an E-W axis. Seven fumarolic areas are widely scattered over Casita volcano, which is also known as Chichigalpa.