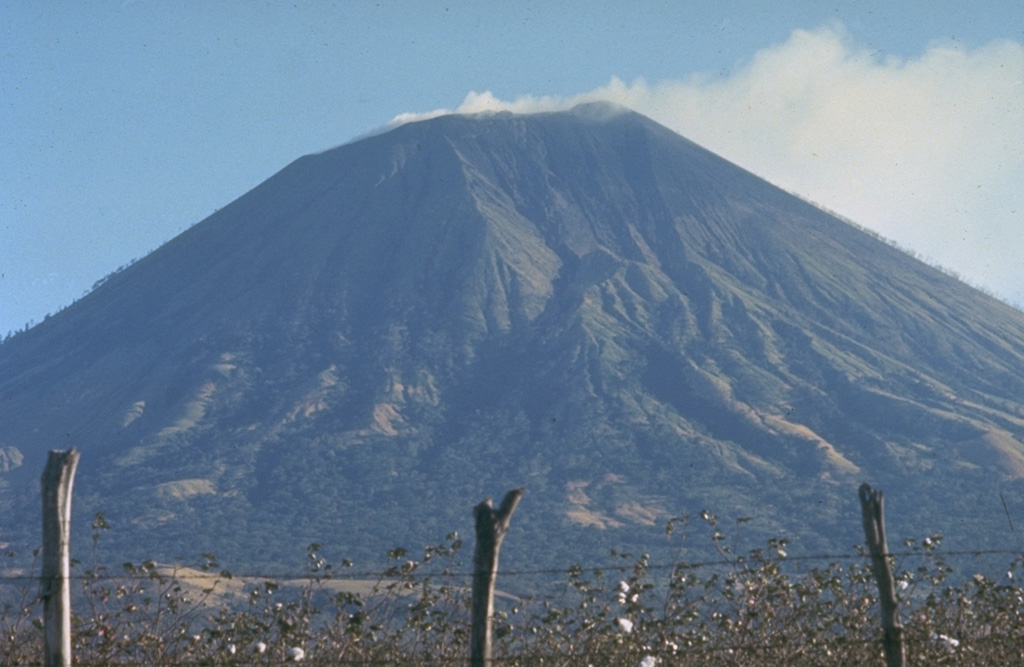 The less-often seen gullied northern flanks of San Cristóbal volcano rise above cotton fields at its base. San Cristóbal is a relatively recent name derived from a coffee plantation on its western flank; the volcano was previously known as El Viejo or Chinandega. It was used as a lighthouse for navigation by the British buccaneer Dampier when he sailed into the Bay of Corinto in July 1684. The following August he returned to the bay, but observed only smoking, rather than the "flames" he reported the previous year.